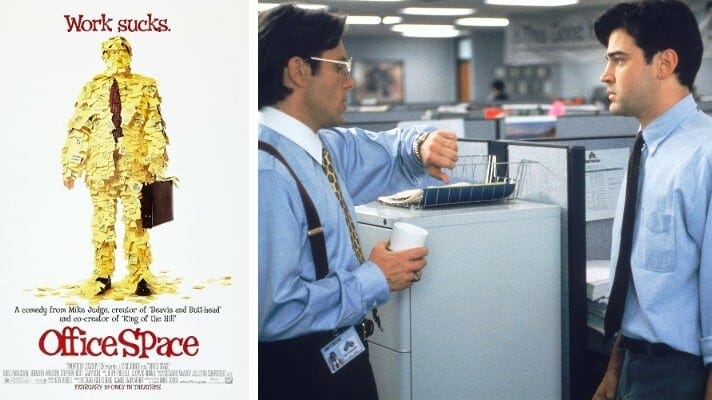 This is a case about the sale of merchandise relating to the movie Office Space, a 1999 cult classic about the soul-crushing experience of working under incompetent management. The merchandise at issue is the Office Space “Box of Flair,” a product that was sold to consumers beginning in 2007.

“Flair” refers to buttons that waiters in the film must wear as a mode of corporate-mandated self-expression. The front of the Box of Flair includes an image of a waiter in the film who wholeheartedly embraces these buttons as a means to express himself. The actor who played that character, Plaintiff Todd Duffey, claims that this use of his image is unauthorized and is likely to mislead consumers into believing that Duffey is personally affiliated with the Office Space Box of Flair.

Judgment: Defendants’ motion to dismiss is GRANTED in its entirety. This action is dismissed.