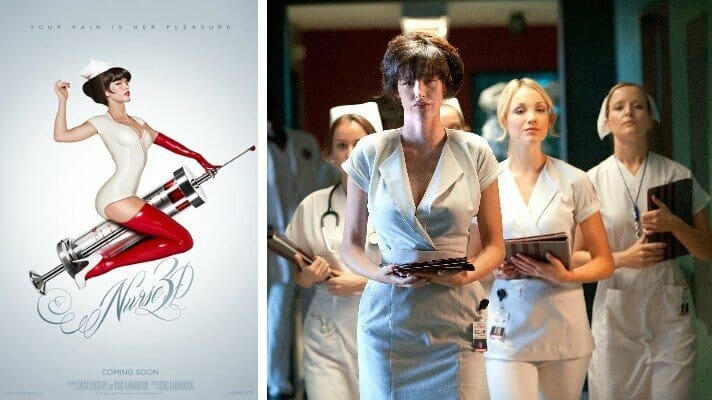 In the movie “Nurse 3D”, Paz de la Huerta’s voice was used in 201 dialog parts. In post-production, she was called on to record another 27 off-screen voiceover narration parts, but those parts were later recorded using a voice double without appellant’s knowledge.  She claims to have suffered damages because of “trademark confusion” that caused her “severe emotional distress” because viewers mistook the voice double’s “incompetence” as her own.  Appellant’s main argument is that she is entitled to damages based on the claimed inferiority of the voice double’s performance, which viewers mistakenly attributed to appellant.

She variously claims that respondents misappropriated her name or voice, or misused her persona, when they distributed the film after using a voice double. She seeks $55 million in damages and an injunction requiring respondents to redub the film using her voice and remove from circulation copies of the original.