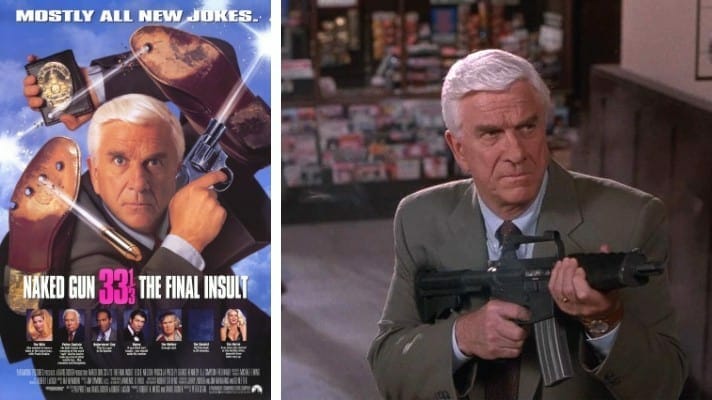 Annie Leibovitz is a well known and widely published photographer. Among her most recognizable works is the photograph alleged to be infringed in this case, the photograph of the actress Demi Moore that appeared on the cover of the August 1991 issue of Vanity Fair magazine. Moore, who was pregnant at the time, was depicted nude, in profile, with her right hand and arm covering her breasts and her left hand supporting her distended stomach—a well known pose evocative of Botticelli’s Birth of Venus.

In August 1993, Paramount solicited advertising ideas from an outside advertising agency, Dazu, Inc., in connection with its forthcoming release of the motion picture Naked Gun 33 1/3: The Final Insult.  Dazu forwarded to Paramount copies of composite photographs, superimposing Leslie Nielsen’s face in place of Moore. The proposed teaser included a slogan referring to the March release date of the film. The composite photograph depicting Nielsen as the pregnant Moore slyly proclaimed, “DUE THIS MARCH.”

Paramount ran its teaser in a magazine ad campaign in early 1994. Leibovitz protested the use, and ultimately brought this action in District Court.  See the picture below for reference: 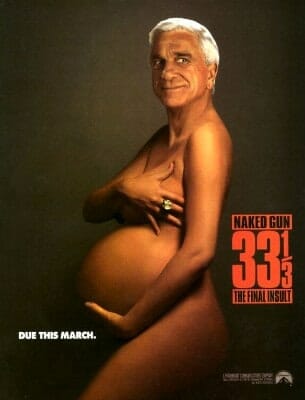 Judgment: We conclude that this advertisement qualifies as a parody entitled to the fair use defense. Summary judgment is granted for defendant-appellee Paramount Pictures Corp.