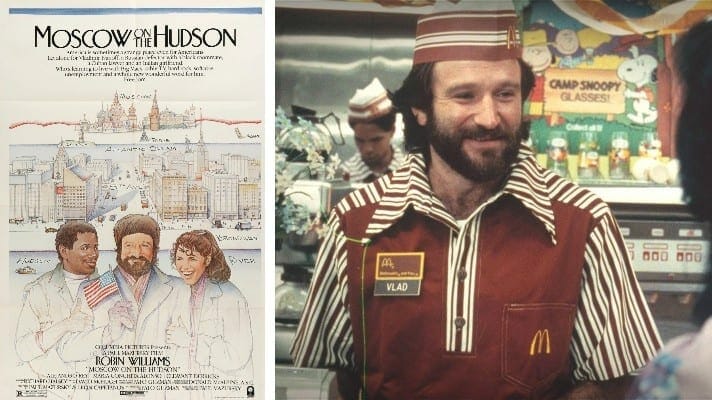 In these actions for copyright infringement, plaintiff Saul Steinberg is suing the producers, promoters, distributors and advertisers of the movie “Moscow on the Hudson”. Steinberg is an artist whose fame derives in part from cartoons and illustrations he has drawn for The New Yorker magazine.

Plaintiff alleges that defendants’ promotional poster for “Moscow” infringes his copyright on an illustration that he drew for The New Yorker and that appeared on the cover of the March 29, 1976 issue of the magazine. Defendants deny this allegation and assert the affirmative defenses of fair use as a parody, estoppel and laches.

Judgment: Summary judgment is granted to plaintiffs as to copying.

Moscow on the Hudson lawsuit