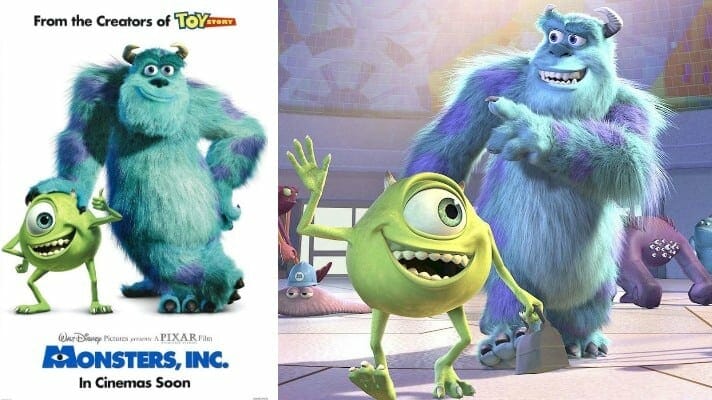 Plaintiff Stanley G. Miller claims that the lead characters “Mike” and “Sullivan” in the Disney movie “Monsters, Inc.” infringe his copyright in his characters “Wise G’ Eye” and “Fred Flypogger.”  See images below: 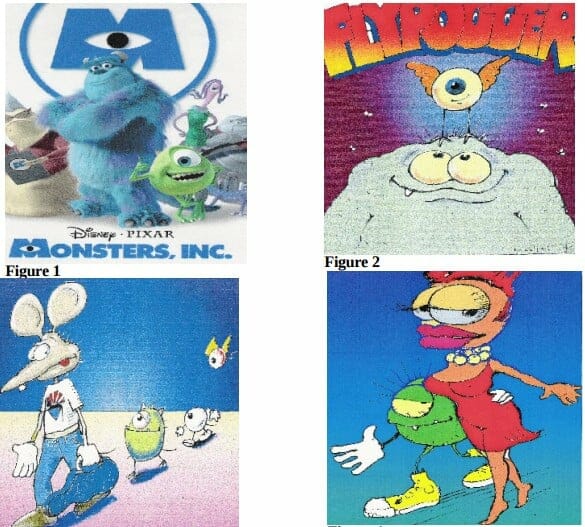 Judgment: Disney has privately SETTLED the case with Plaintiff.

This case arises from Plaintiff’s claim that Defendants misappropriated her work and used it in the development of “Monsters, Inc.”

Plaintiff is a social worker and children’s short story writer. Among the stories she has written is a one-page manuscript entitled “There’s a Boy in My Closet,” (the “poem”) which Plaintiff authored in the fall of 1999.  Plaintiff sent her manuscript to Defendant Chronicle on October 27, 1999 to be considered for publication. Plaintiff never received a response from Chronicle, nor did Chronicle return her poem in the self addressed envelope that Plaintiff provided.

Through research, Plaintiff discovered that Chronicle is the publisher of a book, “The Art of Monsters, Inc.,” that collects the concept art of the movie “Monsters, Inc.” to provide a behind-the-scenes look at the creation process.