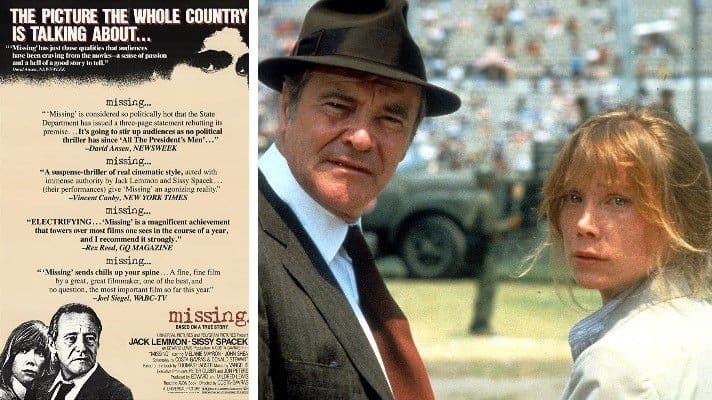 Defendants are the makers of the film “Missing,” released in 1982 and based on what took place shortly after the 1973 coup that overthrew the Allende government in Chile. The film dramatizes the abduction and disappearance of Charles Horman, an American living in Chile, and the effort to locate Horman by his father and his wife in the aftermath of his abduction.

Plaintiff, Captain Ray Davis, served as the Commander of the United States Military Group in Chile at the time of the coup.  The film “Missing” portrays a character named “Captain Ray Tower,” an American military official in Chile, who investigates and handles the inquiry into the disappearance of Charles Horman.

Plaintiff concludes that “Missing” defames him by allegedly suggesting that he ordered or approved the murder of Charles Horman.

Judgment: Defendants are entitled to a total of $4,338.80 which is allowed to them as costs, to be entered herein in their favor.