FEDERATION OF TURKISH-AMERICAN SOCIETIES, INC., on Behalf of itself, its members and others similarly situated v. AMERICAN BROADCASTING COMPANIES 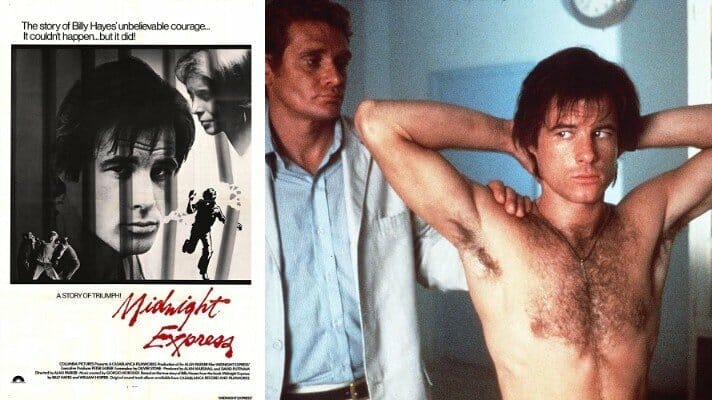 FEDERATION OF TURKISH-AMERICAN SOCIETIES, INC., on Behalf of itself, its members and others similarly situated v. AMERICAN BROADCASTING COMPANIES

At the heart of this litigation lies a movie, “Midnight Express.” “Midnight Express” is a motion picture dramatization of the experiences of a real-life American student, Billy Hayes. Hayes was prosecuted by Turkish authorities for attempting to smuggle hashish out of Turkey. The film was produced by defendant Columbia Pictures Industries, Inc. It was first exhibited in movie theaters in the United States in the fall of 1978. Subsequently, defendant American Broadcasting Companies purchased the television broadcast rights to the film from Columbia. ABC exhibited the film on its television network on September 21, 1980; August 14, 1983; and July 22, 1984.

It is perhaps an understatement to say that “Midnight Express” portrays certain Turkish law enforcement and governmental authorities in an unflattering light.  This action was commenced by plaintiff Federation of Turkish-American Societies, Inc. on its own behalf and on behalf of a purported class which, according to the complaint, consists of: “… approximately 300,000 Turkish-Americans residing in the United States whom have been discriminated against in the showing of the film `Midnight Express’ and will continue to suffer recurrent discrimination at the hands of the defendants unless this Court grants the relief requested herein.” The relief requested, in addition to certification as a class action, includes an injunction against further distribution or showing of the film in the United States, and the award of compensatory and punitive damages.

Judgment: Summary judgment in favor of defendants and against plaintiff, dismissing the complaint with prejudice. The parties will bear their own attorneys’ fees.

Plaintiff is a consultant involved in, among other enterprises, financing and selling limited partnership interests, as tax shelters, in motion picture productions. Defendant is also in the business of providing investment advice regarding tax shelters and other ventures. Following the parties’ meeting in 1978, plaintiff was hired as a consultant on the production and promotion of two movies, “Midnight Express” and “California Suite”, in connection with which two separate partnerships were formed, Express Associates and Suite Associates, respectively named for each film. As outlined in a letter dated October 5, 1978 (modified on October 20, 1978), plaintiff was to receive a base sum plus 7.5% of the “net receipts paid to Seymour H. Malamed as the General Partner’s share of receipts of Express Associates”. Plaintiff subsequently received $32,500 compensation for consulting services which he had rendered to Express Associates.

On December 26, 1978, plaintiff and defendant agreed in writing that plaintiff would be paid $19,000 in full payment of his services to Suite Associates and in consideration thereof, he would “release you and Suite Associates from any and all claims, present and future, known and unknown.” Plaintiff thereafter received two checks from Suite Associates totaling $19,000. On January 23, 1980, plaintiff executed a release in favor of defendant for all claims except for defendant’s obligations under the letter agreement dated October 5, 1978, as amended on October 20, 1978, with respect to the following matters: (1) the payment of $2,687.50 upon defendant’s receipt of $44,125 from Express Associates, and (2) payment of an amount equal to 7.5% of the amount received by defendant in excess of the sum of $44,125 for his share of the cash flow earned from the exploitation of the movie “Midnight Express”. However, other than a payment of $8,500 to plaintiff made contemporaneously with this release, no further monies have been forthcoming, plaintiff asserts, nor has any accounting been rendered. Consequently, the instant action was commenced in December of 1982 seeking an accounting and damages for breach of contract.
midnight express - California Suite