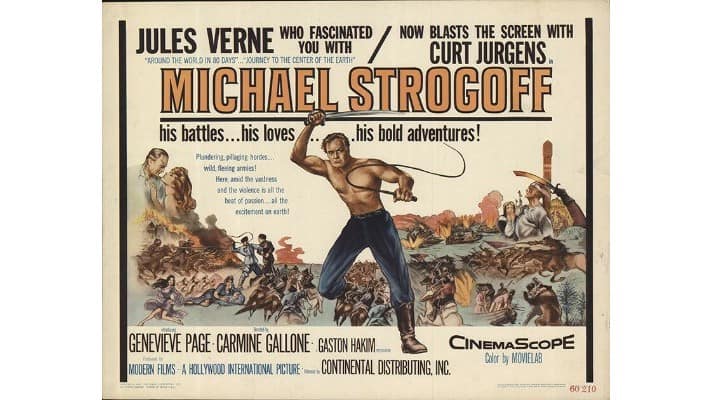 Plaintiff was the owner and producer of a foreign language motion picture entitled “Michael Strogoff,” based on a novel by Jules Verne, which prior to July 6, 1936, he had produced in the German and French languages. On that date the parties entered into a contract in which plaintiff granted to defendant the exclusive right to produce and distribute an English version of that picture in only those “countries or territories of the world” listed on an exhibit annexed to the contract. On the exhibit is listed among other places “The United Kingdom.” Plaintiff reserved the rights in the picture in both foreign and English language in all countries or territories not listed in the exhibit. The contract was modified in December, 1936, and September, 1937, to add other countries or territories to the list. Plaintiff commenced the instant action on May 8, 1940, pleading the contract and its modifications and alleging that defendant had produced an English version of the picture under the title “Soldier and a Lady” in the United States and elsewhere; and that a controversy has arisen between the parties as to the countries and territories granted to defendant and those reserved by plaintiff under the contract and its modifications. Those allegations were admitted by defendant and it alleges that the only controversy between the parties is with respect to the area referred to as “The United Kingdom”; that the only dispute is whether “The United Kingdom,” in which the contract grants rights to defendant, includes Eire or the Irish Free State; and that there is a custom and usage in the motion picture industry that that term does include Eire and that such usage is a part of the contract. Both the complaint and the answer pray for declaratory relief, namely, a declaration of their rights with respect to those areas embraced in the contract which are in dispute.

It was stipulated that the sole issue with respect to the territory embraced in the contract was whether defendant or plaintiff held the rights in the picture in Eire, which in turn depended upon whether The United Kingdom included Eire; that defendant did distribute the picture in Eire, and that The United Kingdom, from a political and legal viewpoint, did not include Eire, the latter being independent from it.

Judgment: At the close of plaintiff’s case the trial court denied defendant’s motion to dismiss made on the ground that the case was not a proper one for declaratory relief under sections 1060-1062a of the Code of Civil Procedure. It granted a motion to strike all of defendant’s evidence that by the custom and usage of the motion picture industry The United Kingdom included Eire on the ground that such evidence was incompetent, irrelevant, and immaterial, and entered judgment in favor of plaintiff determining that he, rather than defendant, possessed the rights with respect to the picture in Eire. From that judgment defendant appeals, claiming error in the above- mentioned rulings of the trial court.  The judgment is reversed.

Soldier and the Lady lawsuit