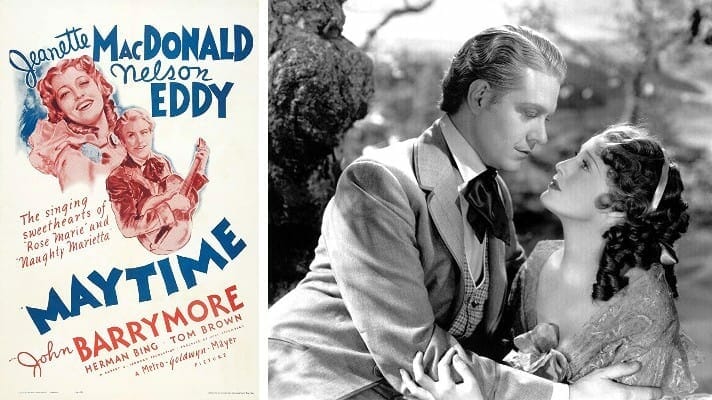 The author of the play “Maytime” granted Hans Bartsch in 1930 “the motion picture rights [to `Maytime’] throughout the world,” including the right to “copyright, vend, license and exhibit such motion picture photoplays throughout the world; together with the further sole and exclusive rights by mechanical and/or electrical means to record, reproduce and transmit sound, including spoken words….”

He in turn assigned those rights to Warner Bros. Pictures, which transferred them to MGM, which produced the film Mayday for release in 1937. In 1958 MGM licensed its motion picture “Maytime” for viewing on television. Bartsch sued, claiming the right to transmit the film over television had not been given to MGM.

Judgment: Dismissing the complaint of the copyright owner.