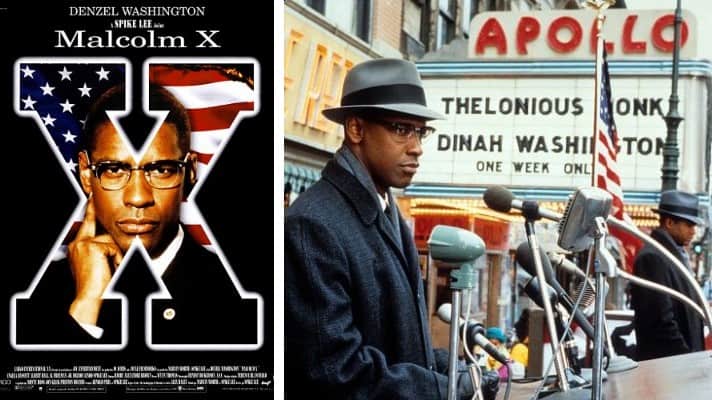 Denzel Washington asked Jefri Aalmuhammed to assist him in his preparation for the starring role because Aalmuhammed knew a great deal about Malcolm X and Islam. Aalmuhammed was particularly knowledgeable about the life of Malcolm X, having previously written, directed, and produced a documentary film about Malcolm X.

Aalmuhammed joined Washington on the movie set.  He reviewed the shooting script for Spike Lee and Denzel Washington and suggested extensive script revisions. Some of his script revisions were included in the released version of the film; others were filmed but not included in the released version. Most of the revisions Aalmuhammed made were to ensure the religious and historical accuracy and authenticity of scenes depicting Malcolm X’s religious conversion and pilgrimage to Mecca.

Aalmuhammed received a check for $25,000 from Lee, which he cashed, and a check for $100,000 from Washington, which he did not cash.  During the summer before Malcolm X‘s November 1992 release, Aalmuhammed asked for a writing credit as a co-writer of the film, but was turned down. When the film was released, it credited Aalmuhammed only as an “Islamic Technical Consultant,” far down the list.

In November 1995, Aalmuhammed applied for a copyright with the U.S. Copyright Office, claiming he was a co-creator, co-writer, and co-director of the movie. The Copyright Office issued him a “Certificate of Registration,” but advised him in a letter that his “claims conflict with previous registrations” of the film.  He then filed suit and sought declaratory relief and an accounting under the Copyright Act.

Judgment: Dismissing Plaintiff’s claims for declaratory judgment and an accounting resting on co-authorship.