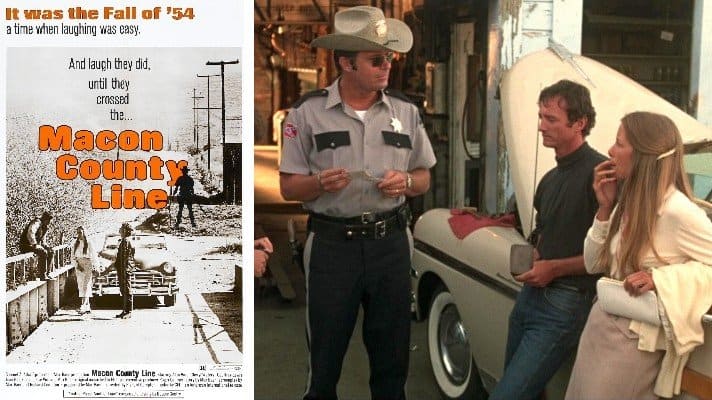 The plaintiffs are a group of financiers who purchased the rights to a screenplay called “Rednek Amerika — Love it or . . .” and hired Max Baer as the lead actor.  After a day or two of shooting, Baer complained that the script was inferior and the director incompetent. He returned to Hollywood, taking a copy of the script with him, ostensibly to have another writer examine it to see if it could be rewritten.  Baer found a new writer (Richard Compton), but the Plaintiffs rejected the proposed changes to the story and Baer left the production.  The plaintiffs finished filming their movie, which never found distribution.

Shortly after Max Baer walked away from the film, he collaborated with Richard Compton to write ‘Macon County Line’.  The movie was a huge financial success and then the Plaintiffs filed this lawsuit, alleging that ‘Macon County Line’ copied their movie.

Judgment: I must conclude from the evidence, and from having read plaintiff’s script and viewed defendant’s film (as well as having viewed “Easy Rider,” a pre-Rednek production) that plaintiff’s suit for actionable infringement must fail. Judgment for the defendants.