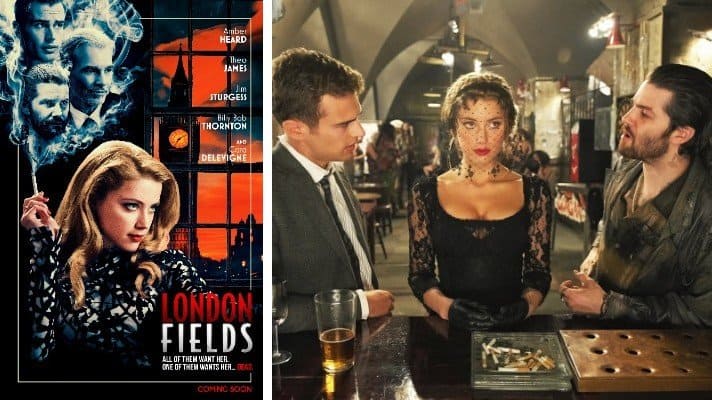 The production of the film London Fields was quarrelsome. This claim arose out of its many resulting disputes. Nominally, the claim was brought by plaintiffs Golden Ring International, Inc., Living the Dream Films, Inc., and Trademit Limited, formerly known as Blazepoint Limited against defendants Mathew Cullen and Motion Theory, Inc. But in a practical sense, the claim was brought by Peter Hoffman (Trademit’s owner and controller), Raymond Markovich (Golden Ring’s owner and controller), and Living the Dream, against the Film’s director, Cullen, who completely controlled the now defunct Motion Theory.

Principal photography for the film began on September 9, 2013. Production of the film was tumultuous, resulting in significant delay, which Cullen lays in part at the producers feet for their inability to pay the crew and vendors.  Cullen was terminated on August 15, 2014.

In response, Cullen sued the Film’s producers, in Los Angeles on September 15, 2015 alleging fraud, misappropriation of name and likeness, and unfair competition.  They filed a counterclaim for Cullen’s failure to timely complete the Film.  The lawsuit from Cullen kept distributors interested in the film away until all litigation surrounding the picture was finished.  A settlement attempt was made to give Cullen a director’s cut, but he was unhappy with the negotiations and Plaintiffs launched this suit.

Judgment: Defendants’ motion to dismiss is GRANTED; and the complaint is DISMISSED WITHOUT PREJUDICE.