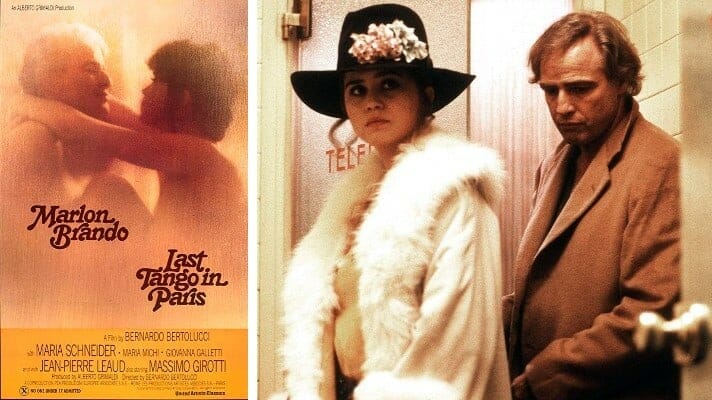 United Artists Corporation, a national film distributor, has brought this action for declaratory and injunctive relief to permit a local exhibitor in Albany, New York, to show the motion picture “Last Tango In Paris” without threat of prosecution by the Albany County District Attorney, defendant Proskin, under the New York obscenity statute.

Judgment: Plaintiff’s motion to the three-judge court for preliminary injunctive relief is denied pending resolution by the state courts of the questions regarding the proper construction of the state obscenity statute. Defendant’s motion to dismiss is also denied, in its entirety. The temporary restraining order earlier issued is dissolved without prejudice to renewal of a motion for such relief to the single judge alone based on the claims remanded to him.

This is an action for injunctive and declaratory relief against seizure of the film “Last Tango in Paris” and prosecution under the Oklahoma obscenity statutes for its exhibition. The plaintiff United Artists Corporation, as distributor of the film, claims that the statutes violate the First and Fourteenth Amendments to the Federal Constitution. Among other things United specifically says that the statutes fail to comply with requirements for valid obscenity laws.

The defendant Harris, or someone acting at his instance, is alleged to have communicated to the film’s exhibitor that he was preparing a warrant to seize the film and intended to initiate criminal proceedings against the exhibitor, resulting in the showing being halted. Claiming violation of paramount rights under the First Amendment and irreparable injury by the threatened enforcement of the allegedly invalid statutes, United asks declaratory and injunctive relief.

The uncontradicted affidavits also establish that ticket sales were discontinued at Cinema’s Plaza Theatre; that the usual pattern would be exhibition at approximately 6 to 8 theatres in the surrounding 25-mile area, including 3 in Oklahoma County, which will not exhibit the film because of the threatened action against Cinema’s general manager. The proof is that the defendant’s actions, if allowed to continue, will cause loss to United of approximately $55,000.00.

Judgment: Accordingly it is ordered and adjudged that the application for a preliminary injunction is denied; that the court abstains from adjudging the constitutionality of the Oklahoma obscenity statutes in issue, or granting any relief on the ground of their alleged invalidity, to afford opportunity for construction of the statutes by the courts of the State of Oklahoma; that relief is denied on the claim discussed in Part 5 of this opinion; and that jurisdiction for final disposition is retained.

Defendant United Artists Corp. moves to dismiss the Village of Lynbrook action to enjoin defendants from showing “Last Tango in Paris” in Lynbrook, New York, which they deemed to be an obscene film.

Judgment: Motion by defendant United Artists Corp. to dismiss the action is denied.

The plaintiffs, Gulf States Theatres of Louisiana, Inc., the owner of the Don Theatre in Shreveport, Louisiana, and a number of other motion pictures theatres, United Artists Corporation, the owner of the movie film “Last Tango in Paris”, and Joe Gianforte, Manager of Gulf States Theatres’ Don Theatre, brought suit against the District Attorney for the Parish of Caddo and the Commissioner of Public Safety of the City of Shreveport, seeking to enjoin the defendants from enforcing R.S. 14:106A(2) and (3). The plaintiffs commenced the showing of the nationally publicized and distributed motion picture, “Last Tango in Paris” in Shreveport on September 28, 1973. The first showing of said movie on that date was to a full capacity crowd. During the second showing of the motion picture on the same date, plaintiff Gianforte, was arrested and charged with violation of R.S. 14:106A(2). At the same time, pursuant to a search warrant issued by a judge of the First Judicial District Court for the Parish of Caddo, police authorities seized four twenty-six inch reels of film entitled “Last Tango in Paris”.

The following day, after the first showing on that day of “Last Tango in Paris” from other reels of film, the plaintiff Gianforte, was again arrested and the reels of film which had produced on screen the movie “Last Tango in Paris” were seized. The copy of the film seized on September 29 was an exact copy of the film used on September 28. On that date, September 29, the plaintiffs sought relief from the United States District Court, Western District of Louisiana, Shreveport Division, and were granted a temporary restraining order prohibiting further arrest of Gianforte and further seizure of any film.

When the temporary restraining order issued by the federal district court expired, the plaintiffs filed this suit in the First Judicial District Court, Caddo Parish, seeking a temporary restraining order and a preliminary and permanent injunction, enjoining and restraining and prohibiting the District Attorney and the Commissioner of Public Safety or their representatives from interfering with the showing of “Last Tango in Paris” at the Don Theatre in Shreveport until there could be a final judicial determination of the obscenity issue in an adversary hearing.

The plaintiffs’ position is that after the beginning of a financially successful showing of the motion picture “Last Tango in Paris”, they were, and have remained (except for our stay order), permanently enjoined from showing any version of that motion picture. Plaintiffs allege that this motion picture has been playing in approximately 350 cities throughout the United States and has been viewed by approximately 5,000,000 people. Plaintiffs further allege that they were receiving revenue in excess of $1,000 per day from the showing of the film and therefore they have been, and will be, under a permanent injunction, deprived of revenue in excess of $1,000 per day.

Judgment: It is ordered, adjudged and decreed that the defendants, John A. Richardson, District Attorney, and George W. D’Artois, the Commissioner of Public Safety for the City of Shreveport, their agents, employees and representatives, are permanently enjoined and prohibited from interfering with the showing of “Last Tango in Paris”. Defendants are to pay all costs of the proceedings.

Plaintiff, a film distributor operating nationally, is the owner and distributor of the motion picture “Last Tango in Paris.” Defendant E. L. Wright, Jr., is the Chief of Police of the City of Montgomery, Alabama, and is sued in his capacity as such and also individually. Intervening defendant James H. Evans is District Attorney for the Fifteenth Judicial Circuit of the State of Alabama. Intervening defendants Robert L. and Ardith C. Dorrough are citizens of Montgomery, Alabama.

Plaintiff entered into an agreement with a local movie theater for the exhibition of the film “Last Tango in Paris.” On October 11, 1973, without any prior administrative or judicial proceeding before a neutral party, the exhibitor received a written notice from defendant Wright that there was reasonable cause to believe that the exhibition of that film would constitute a violation of the Alabama laws regulating obscenity. The written notice pointed out that the exhibitor could seek a declaratory judgment in the proper state circuit court on the obscenity vel non of the film. Defendant Wright, in his written notice, informed the exhibitor that “the exhibition of this movie prior to obtaining the declaratory judgment might result in prosecution.” The exhibitor then declined to show “Last Tango in Paris” in his theater. Thereafter plaintiff brought this action, in which he alleges the unconstitutionality of Ala.Code tit. 14, §§ 374(16j)-374(16o) (Supp.1971) on its face and as applied.

This matter was heard on a motion for a preliminary injunction in an action for declaratory judgment as to the applicability of certain sections of the Ohio Revised Code, and as to their constitutionality if applicable, to a motion picture “Last Tango in Paris.” This picture is being distributed by the plaintiff. The defendant, who is the Sheriff of Erie County, Ohio, threatened to file criminal charges against any motion picture exhibitor who dared to exhibit the picture in his bailiwick. As a result of the defendant’s threats, a scheduled exhibition of the motion picture was cancelled, and no exhibitor has been willing to risk the defendant’s ire by showing the picture.

Judgment: The Court concludes that in this posture of the case, the equities are with the plaintiff, and that pending final hearing in this cause, the defendant, his successors in office, his deputies, agents, servants, employees, and all persons in active concert or participation with him, be enjoined from suppressing or interfering with the exhibition of the motion picture “Last Tango in Paris,” and from coercing, threatening, frightening and intimidating exhibitors or prospective exhibitors, theatre managers, or their agents, servants, or employees who are considering exhibiting, or planning to, or do exhibit, the plaintiff’s said motion picture. Bond for such injunction is fixed in the amount of Five Hundred Dollars ($500.00).

Among the motion pictures that have been exhibited by plaintiff is one known as “Last Tango In Paris”, produced by United Artists Corporation. On December 17, 1975, pursuant to criminal complaint of one Richard Ulbrich and pursuant to a search warrant issued by the Oakwood Municipal Court thereunder, a copy of the motion picture “The Last Tango In Paris” was seized and is presently held as evidence on the aforesaid criminal complaint.

Judgment: Defendants and each of them and their successors in office should be and are hereby permanently enjoined from interfering with the transit, distribution, or exhibition of motion picture film known as “Last Tango In Paris”. Such defendants are hereby ordered to return to plaintiff all copies of such film retained by them.  The Court finding no violation of 42 U.S.C. § 1983 awards no attorney fees to plaintiff. Each party shall pay its own costs.

This action seeks to terminate agreements, described below, between PEA Films and MGM pursuant to which PEA licensed to MGM certain rights in For A Few Dollars More, The Good, the Bad, and the Ugly and Last Tango in Paris.

According to Plaintiff, multiple audit reports from previous years revealed that Defendant underpaid Plaintiff for the use of the Films. After these deficiencies were brought to Defendant’s attention, the parties ultimately settled the disputes.  However, Plaintiff avers that subsequent audits revealed additional underpayments.

Judgment: Plaintiff dropped case after most claims were Denied.