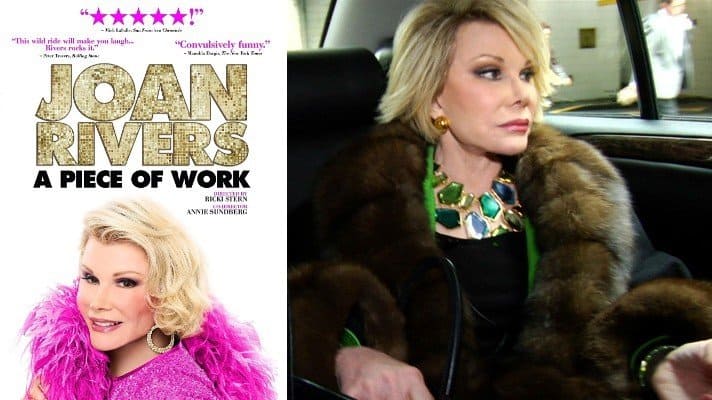 The claims are based on Plaintiff Bogie’s attendance at a comedy performance by defendant Joan Rivers, sued here under her full name, Joan Alexandra Molinsky Sanger Rosenberg. Shortly after the show, Bogie approached Rivers in the backstage area of the Lake of the Torches Casino in Lac du Flambeau, Wisconsin. After autographing a copy of her book, Rivers had a brief conversation with Bogie. This sixteen-second exchange was filmed (we must assume without Bogie’s consent) and included in the documentary film on Rivers that was sold nationwide called “Joan Rivers: A Piece of Work”.

Bogie has sued Rivers, her production company, and others for invasion of privacy and misappropriation of her image.

Judgment: The district court granted’ defendant’s motion to dismiss both claims with prejudice.  Defendants’ motion for attorney’s fees is GRANTED. The court awards attorney’s fees in the amount of $70,579.05 to defendants.