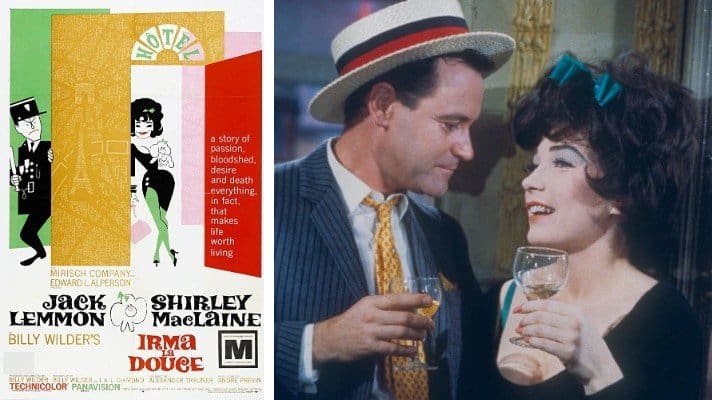 Producer Edward L. Alperson had negotiated with others for the acquisition of the rights to Billy Wilder’s ‘Irma la Douce’; under the first agreement between the parties dated June 29, 1960, Mirisch contracted to pay Alperson therefor a sum equal to 25 percent of 100 percent of the net profits to be derived from the distribution and exploitation of the movie, it being specifically provided that Alperson’s share of profits should not be reduced by any shares of profits paid by Mirisch to any third person.

The agreement defined net profits as gross receipts (as defined in applicable distribution agreements) less the aggregate of distribution fees and expenses, interest on production loans, other expenses not here material and “the cost of production of the picture.” Included within the definition of production costs are “all sums paid pursuant to percentage of gross receipts agreements.” In February of 1961 Mirisch entered into an agreement with Pyramid Productions (the interests thereunder were subsequently assigned to Phalanx Productions, Inc.) to produce the subject film; both companies are either controlled or owned by Billy Wilder, a writer and director whose high standing in the industry is not questioned.

Under the agreement of February 1961, Mirisch obligated itself to pay Pyramid or Phalanx a share of the gross receipts derived from the distribution of ‘Irma la Douce’ after such receipts had reached $10,600,000, defined as the artificial “break-point” and equal to twice the cost of the picture’s production and other costs not here material. After this “break- point” had been reached, Pyramid or Phalanx became entitled to 17 1/2 percent of the next $1,000,000 of gross receipts and 20 percent of all gross receipts thereafter.

‘Irma la Douce’ proved to be a tremendous financial success; thus, as of May 1, 1965 (approximately two months before trial) Wilder’s companies (pursuant to the above arrangements) had received the sum of $1,226,404. Of this sum Alperson claimed 25 percent upon the theory that it represented shares of profits given to third persons within the prohibition of his agreement with Mirisch.

The over-all issue before the trial court was whether the monies thus paid, or thereafter payable, to Mr. Wilder’s companies have been or should be deducted as “costs of production” in computing the net profits of ‘Irma la Douce’ in which Alperson shares. If paid, or payable, pursuant to a percentage of gross receipts arrangement, Alperson had no interest therein. Finding in favor of Mirisch, the trial court drew the conclusion of law that “All of the sums heretofore paid and hereafter paid to Pyramid Productions, A.G., or its assignee, Phalanx Productions, Inc., under paragraph 10(f) (vi) of the Pyramid-Mirisch Agreement, are properly includible in the cost of production of the photoplay ‘Irma La Douce’ under paragraph 8(c) of the Alperson-Mirisch Agreement.”