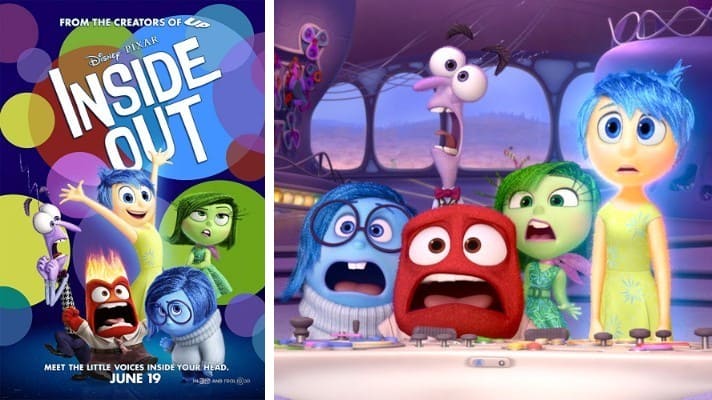 Judgment: Plaintiff’s case is Dismissed.  There is no dispute that the 2005 Moodsters Bible and the 2007 pilot television episode are protected by copyright. But Daniels cannot succeed on her copyright claim for The Moodsters characters, which are “lightly sketched” and neither sufficiently delineated nor representative of the story being told. Daniels also fails to allege sufficient facts to maintain an implied-in-fact contract claim against Disney under California law.

inside out pixar lawsuit1

Plaintiff Damon Pourshian alleges that in 1998, while in high school, he conceived the idea of a film in which five of the protagonist’s organs, Heart, Stomach, Colon, Bladder and Brain, become personified characters that guide his behaviour. In 2000, while a student at the Faculty of Film and Television at Sheridan College in Oakville, Ontario, he wrote a screenplay and oversaw the production of a 14 minute film called Inside Out based on his idea. This film was shown widely at the College including at an annual public showcase of student work.  In this action, Pourshian claims damages from the defendants on the basis that they have infringed his copyright in his film Inside Out.
inside out lawsuit1

Plaintiff alleges that the animated movie “Inside Out” and its characters are substantially similar to original and protected elements of Carla J. Masterson’s copyrighted works “What’s On the Other Side of the Rainbow?” and “The Secret of the Golden Mirror.”