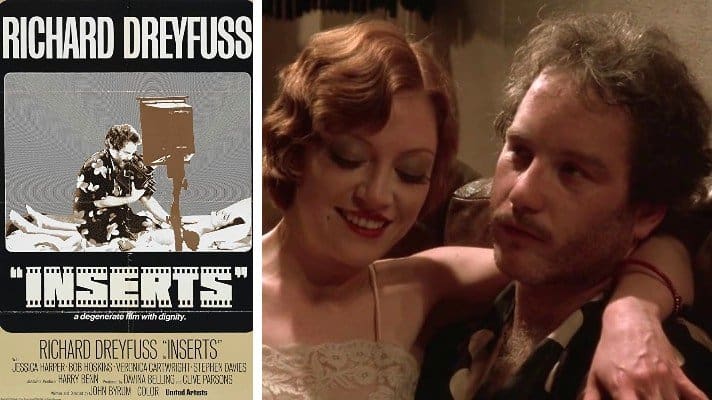 In the fall of 1982, the Student Senate chose twenty-five films to screen at the college. The schedule included only one X-rated film entitled “Inserts.”  “Inserts” is a United Artists production starring Richard Dreyfus. Set in the 1930s, the film is about the crisis in the life of a man who had been a famous director of silent motion pictures. With the onset of “talkies” in the 1930s, the demand for silent films quickly evaporated. The film portrays how the director turned to the making of “pornographic” movies. The film was rated “X” on the scale of “suggested guidelines” promulgated by the Motion Picture Association of America. Plaintiffs were subsequently told by defendant Johnson, and one of her administrative assistants, that funds would not be transferred to allow the ordering of “Inserts.”

During the ensuing months, the issue of whether or not Grand Valley would allocate $250.00 for the rental of “Inserts” was much debated between plaintiffs and defendants. Plaintiffs repeatedly requested that defendants put their views about “Inserts” in writing, and sought the transfer of funds for “Inserts” again on or about February 14, 1983. The transfer request was again denied. In late February, the Grand Valley Board of Control passed a resolution tacitly addressing the showing of “Inserts.” The Board resolved that, while the College would not “ban” the showing of “X”-rated films on campus, “no institutional funds of this College shall be used by student organizations for the acquisition of X-rated films…. The Administration is directed to review and authorize the expenditure of institutional funds in accordance with this policy.”

Plaintiffs state that April 22 is the last possible date on which “Inserts” may be shown this school year. In order to obtain the film in time for the April 22 screening, the rental order must be placed by April 8th. To meet this deadline, plaintiffs filed suit on March 28th, requesting that defendants be enjoined from “refusing to allow” the transfer of funds sufficient to order “Inserts,” and from otherwise interfering with the ordering or showing of the film.

Judgment: An Order will issue directing the defendants to allocate the $250.00 before the passage of the April 8th deadline on the ordering of “Inserts.”