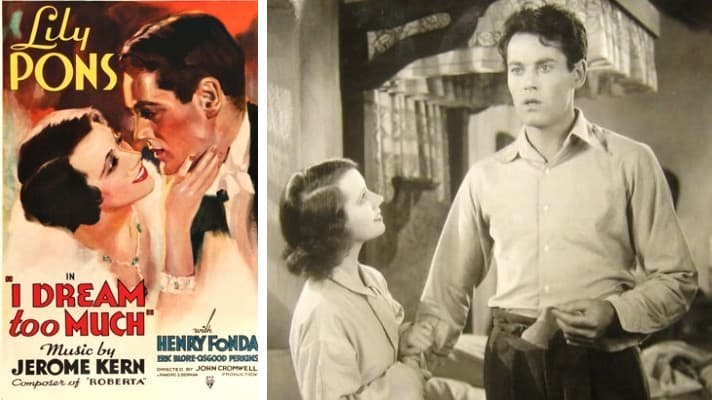 This suit is for infringement of the copyright of appellants’ play “Depends on the Woman” written and copyrighted in 1924, which is allegedly infringed by a motion picture play entitled “I Dream Too Much” which the appellees have been instrumental in preparing, filming and distributing.

Judgment: Complaint was dismissed by the court below for failure to state facts sufficient to constitute a cause of action, after a reading of the play and viewing of the motion picture. It was held there was no infringement of the play.

I Dream Too Much lawsuit