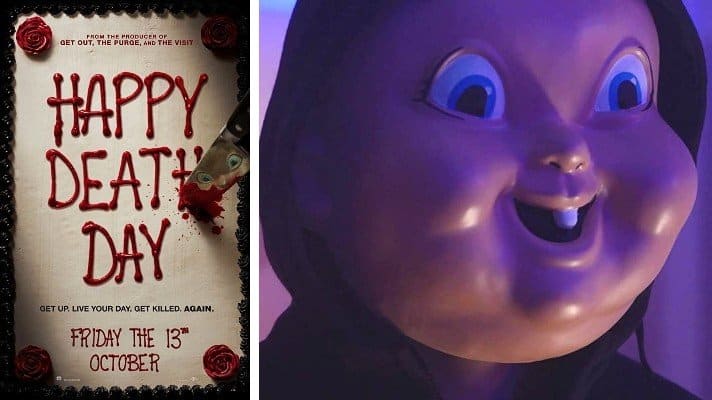 This case is about the mask worn by the killer in the movie ‘Happy Death Day’, which allegedly copied the ‘King Cake Baby’ art by Jonathan Bertuccelli.  Comparisons are below: 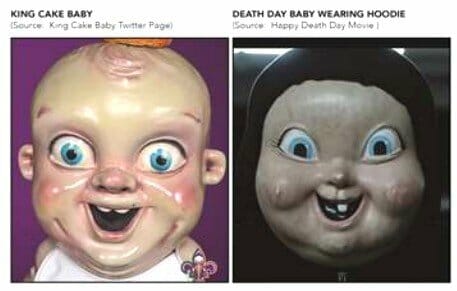 Bertuccelli originally created the eye-popping expressionist art known as “King Cake Baby”. Since KCB’s creation in 2009, it has entertained, scared and fascinated sports fans, under its permitted use as a walking head mascot for the New Orleans Pelicans. KCB’s iconic blend of sinister, happy and awkward childish delirium has captured audiences around the United States and drove commentary across the media spectrum.

In the midst of KCB’s national popularity, KCB and all of KCB’s unique artistic elements were unlawfully used as the central masked villainous killer in the feature film ‘Happy Death Day’, and continues in the upcoming sequel, ‘Happy Death Day 2U’. The “HDD” masked character and KCB are virtually identical in a side-by-side comparison; and in both “HDD” films the character is used to portray a range of emotional and mental cues that derive from KCB’s intended design.