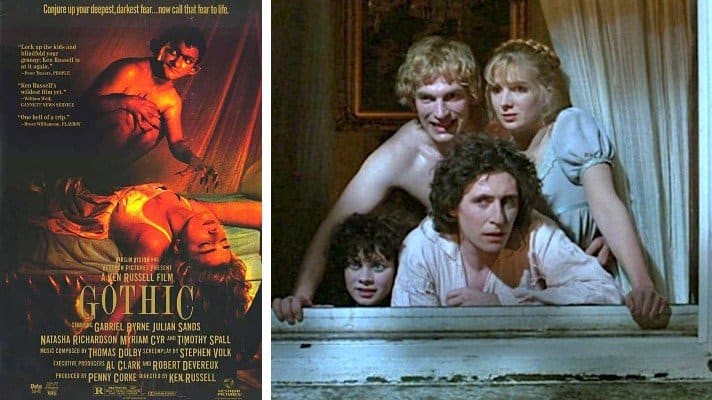 Thomas Dolby recently composed the soundtrack for Ken Russell’s film “Gothic”, which is now being mixed. Plaintiffs do not want the credits for that soundtrack to carry the name “Thomas Dolby” and seek an injunction.

Defendant has completed his activities on the film “Gothic”. Defendant argues that he no longer has any right to prevent the filmmakers from using the name “Thomas Dolby” in the credits.

Plaintiffs claim that the “Dolby Stereo” trademark will be irreparably harmed if defendant continues to use the name “Thomas Dolby”.  Advertisements for the movie “Gothic” will carry the “Dolby Stereo” trademark near the statement “Music composed by Thomas Dolby”. Consumers may mistakenly believe that “Thomas Dolby” founded Dolby Laboratories. Plaintiffs argue that loss of control over their reputation is sufficient to show irreparable harm.

(2) defendant may use the name “Thomas Dolby” in connection with films, videocassettes, and soundtrack recordings on the same terms as (1) above. Defendant may not do anything to intimate that he is responsible for the quality of the sound reproduction;

(3) defendant may promote sound equipment only if defendant clearly manifests that there is no connection between defendant and Dolby Laboratories;

(4) this injunction applies only to defendant and parties in privity with him;

(5) this injunction grants only prospective relief;

(6) this injunction applies only to defendant’s activities in the United States; and