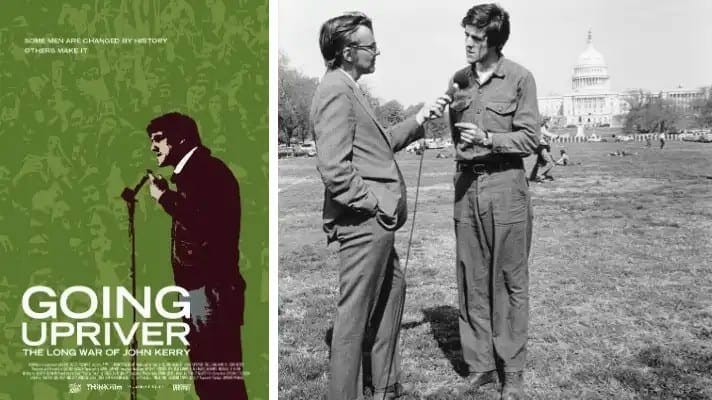 Swift Boat was formed to finance, produce and distribute a commercially successful documentary film on the life of U.S. Presidential candidate John Kerry titled Going Up River: the Long War of John Kerry. Plaintiffs were investors in the film and alleged that the defendants did not intend to produce and distribute a commercially successful film but rather a film intended primarily to influence the 2004 Presidential election in favor of candidate John Kerry.

Plaintiffs assert that Defendants caused the Film to be released only in states which were deemed “swing” or “battleground” states by the Kerry campaign, in an attempt to influence voters. Swift Boat focused on “swing states” and ignored the box office potential of heavily Democratic States where the campaign was not tightly contested.

Plaintiffs allege that Defendants caused the Film to be released in 163 theaters without adequate advertising or marketing to support the amount of theaters and The Film earned poor box office revenue.

Defendants also allegedly used Swift Boat funds to pay for research and to conduct a focus group to evaluate the Film’s impact on undecided voters rather than marketing the commercial release of the Film.

Judgment: The parties reached a settlement pursuant to which plaintiffs are to be paid $80,000 ~ which plaintiffs say represents approximately 45% of their investment in Swift Boat ~ to dismiss their individual claims, while no payment will be made to Swift Boat or any of its members with respect to the derivative claims. The $80,000 is to be deemed an advance against the return of capital plaintiffs may become entitled to as shareholders of Swift Boat.