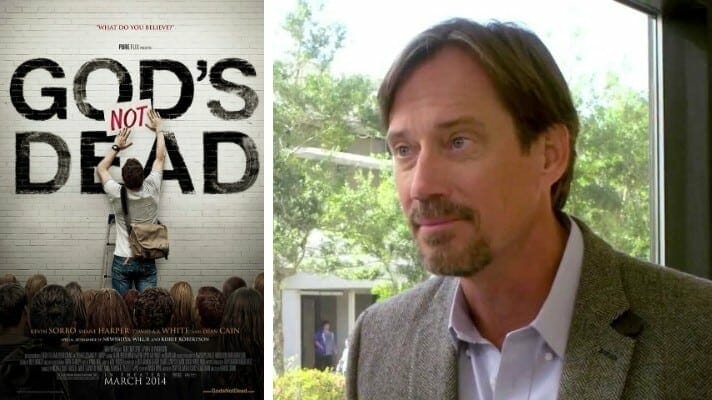 Plaintiffs and appellants Brad Stine and John Sullivan appeal from a judgment following an order granting summary judgment and summary adjudication of their breach of express and implied contract claims in favor of defendants and respondents Pure Flix Entertainment LLC.

In 2009, Stine’s agent shared with Pureflix plaintiffs’ film concept about apologetics set on a college campus. Plaintiffs expanded upon the concept and sent Pureflix a treatment titled “Proof”. Pureflix expressly and impliedly agreed to pay for the ideas behind “Proof” if those ideas were used in a film produced by Pureflix, which would star Stine as a protagonist playing a character similar to Robin Williams’s character in the film “Dead Poets Society”. In accordance with the agreement, Pureflix engaged screenwriters who made revisions to the original “Proof” treatment and drafted a script, but the film was never made because Pureflix could not find investors to finance it. Working with a different group of investors and screenwriters, Pureflix developed and produced a film titled “God’s Not Dead” in 2012.

Plaintiffs’ complaint alleged that “God’s Not Dead” used plaintiffs’ ideas from “Proof”, breaching the express and implied contract between plaintiffs and Pureflix.

Plaintiff alleges that Defendant’s infringing motion picture God’s Not Dead is substantially similar to Plaintiff’s the copyrighted work Rise.  Plaintiff claims the theme, set-up, opportunity, turning point, change of plans, complications, set back, final push, climax, and aftermath of the Rise screenplay and the God’s Not Dead motion picture are the same.  Defendants have also released a sequel to God’s Not Dead, titled God’s Not Dead 2, which also infringes Rise as, at a minimum, a derivative work.

Judgment: IT IS HEREBY ORDERED, ADJUDGED, AND DECREED that judgment be entered in favor of Defendants Pure Flix and White in this action, and Plaintiff Tim Chey shall take nothing by way of his Complaint. Defendants are awarded their costs as provided by law.