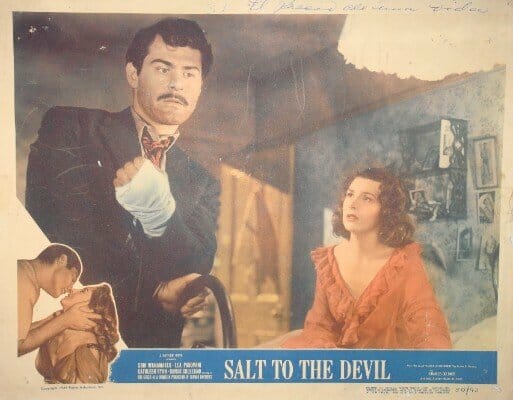 The plaintiff John Szekely has been a writer by profession for thirty-five years using the name, for his literary works, of “John Pen”. His writings include a half dozen books and stage plays and over forty motion picture stories. For one of the motion picture stories he received an Academy Award, otherwise known as an “Oscar”.

Rod E. Geiger Productions, Inc. acquired an exclusive license to produce a motion picture based upon the novel “Christ in Concrete” and hired plaintiff John Szekely to write a screenplay based on the book.

Geiger Productions agreed to pay the plaintiff for his services $35,000 in four installments, the last of which was to be due within three days after presentation of the final draft of the screenplay. In addition, plaintiff was to receive 5% of the producer’s share of the net profits derived from the exploitation of the motion picture.

The plaintiff received $10,000 with the contract document in satisfaction of the first two installments. He presented a final draft of the screenplay early in 1948, but received no further payments from Geiger Productions.  The released film was distributed under the titles ‘Give Us This Day’ and ‘Salt to the Devil’.

Judgment: 1. Plaintiff had exclusive right to utilization of his manuscript until he was paid a total sum of $35,000, of which he received only $10,000.

2. The distribution by defendant of a screenplay based upon plaintiff’s script without license from the plaintiff constituted an invasion of the literary property rights of the plaintiff therein.

3. Plaintiff is entitled to damages in the sum of $25,000 as against the defendant Eagle Lion, together with interest thereon from December 20, 1949.

4. Plaintiff is entitled to an injunction enjoining defendant Eagle Lion and its agents, servants, and representatives from further marketing and distribution of the film.

Give Us This Day lawsuit01

Give Us This Day lawsuit02