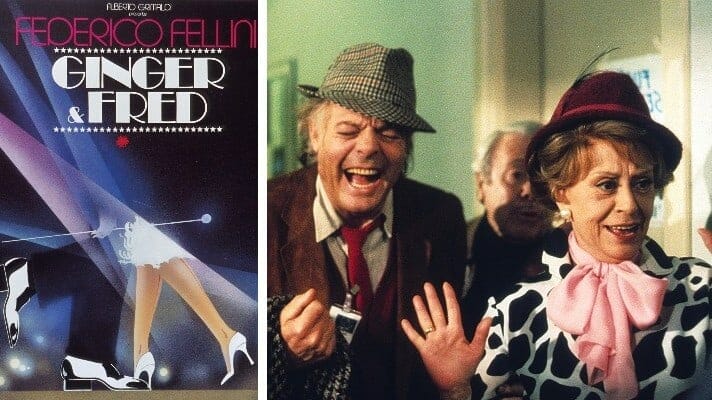 The subject of this action is “Federico Fellini’s `Ginger and Fred,'” a motion picture that began a relatively brief U.S. theatrical distribution in March 1986. MGM distributed the Film in the U.S. All the advertising and posters for the Film entitled it as it is in the defined term. PEA produced the Film, and Grimaldi acted as its individual producer.

Ginger Rogers commenced this action in March 1986, at or about the time the Film began its theatrical distribution in the U.S. She seeks permanent injunctive relief and money damages “arising from defendants’ impermissible and unlawful misappropriation and infringement of Ginger Rogers’ public personality.”  Rogers’ first claim for relief is premised on the common law right of publicity. Her second claim alleges that the Film constitutes a false light invasion of privacy because it allegedly “depicts the Film’s dance team, Fred and Ginger, as having been lovers and depicts them in a seedy manner.”  Her third claim is based upon Section 43(a) of the Lanham Act and alleges that the Film creates the false impression that Rogers endorsed or was involved in it.

What must be determined here is the boundary between commercial and artistic speech and the extent of the protection given under the First Amendment to the expression of an idea in a commercial film “Federico Fellini’s `Ginger and Fred'”, as opposed to the protection of a famous actress’ name, Ginger Rogers, under the Lanham Act and the common law.

Judgment: The motion for summary judgment dismissing the complaint with costs is granted.