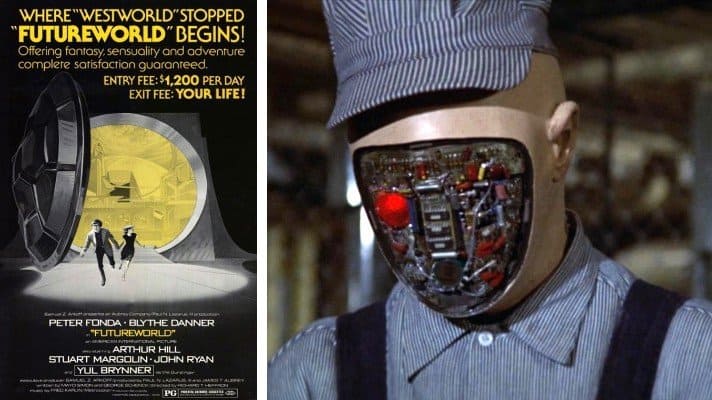 This is a tax dispute case involving the investors who funded the 1976 movie ‘Futureworld’ starring Peter Fonda.  The case from the tax court lists some actual financial information pertaining to the movie — including the budget and revenue that the film earned.  Below is a brief breakdown of the expenses related to ‘Futureworld’:

Paul N. Lazarus, III, the producer of “Futureworld,” entered into an agreement with MGM whereby he was permitted to make a sequel to the film “Westworld,” to be called “Futureworld,” if AIP agreed to produce, finance, and distribute the movie.

The principal photography of “Futureworld” was commenced on February 9, 1976, and the film was generally released on July 14, 1976.

The net producer’s share of gross box office receipts were $2,301,000 (actual gross revenue was not disclosed)