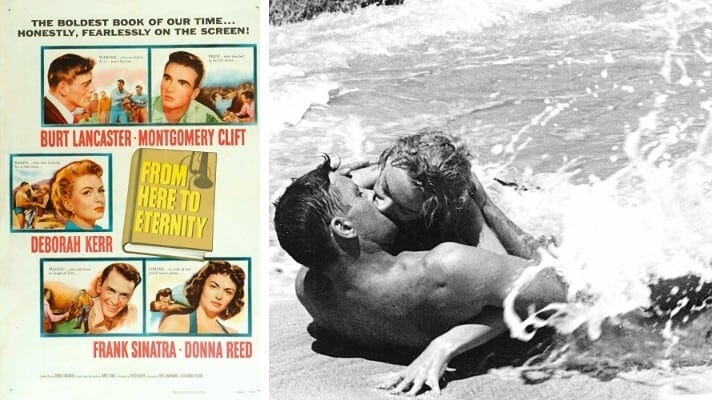 Plaintiff Joseph A. Maggio claims the character Angelo Maggio, from the James Jones novel “From Here to Eternity” and the motion picture from Columbia was based on him without having first obtained written consent.

Judgment: These complaints against the defendants Charles Scribner’s Sons and Columbia Pictures Corporation are dismissed.

From Here to Eternity lawsuit1

This case represents another collision between the economic interests of the motion picture industry and the youthful and growing television industry.

The playlet or skit “From Here To Obscurity” was telecast by NBC without the knowledge or consent of Columbia.

Judgment: The telecast of the burlesque “From Here To Obscurity” did not infringe the copyright of Columbia in the picture “From Here To Eternity”. Defendant is entitled to judgment that plaintiff take nothing by this action.

From Here to Eternity lawsuit2