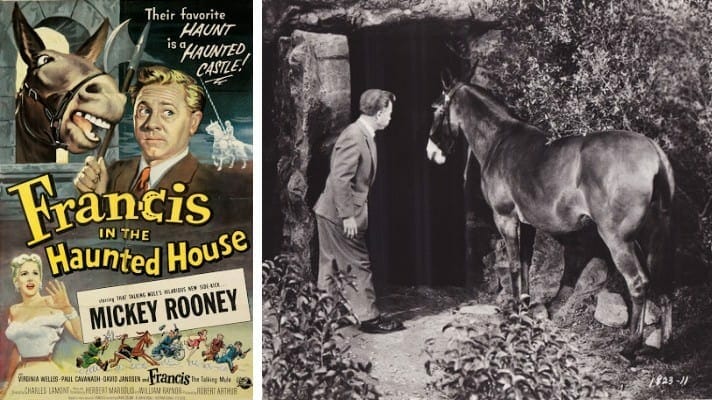 Rooney appeared in two pre-1960 films produced by Universal. The first was “Francis in the Haunted House,” pursuant to a February 7, 1956 contract (“Universal 1”). Universal 1 provided at paragraph 7:

“[t]he word `photoplays,’ as used herein, includes, but it not limited to, motion pictures produced, exhibited with and/or accompanied by sound and/or voice recording, reproducing and/or transmitting devices, radio devices, television devices and all other improvements and devices which are now or may hereafter be used in connection with the production, exhibition and/or transmission of any present or future kind of motion picture productions.”