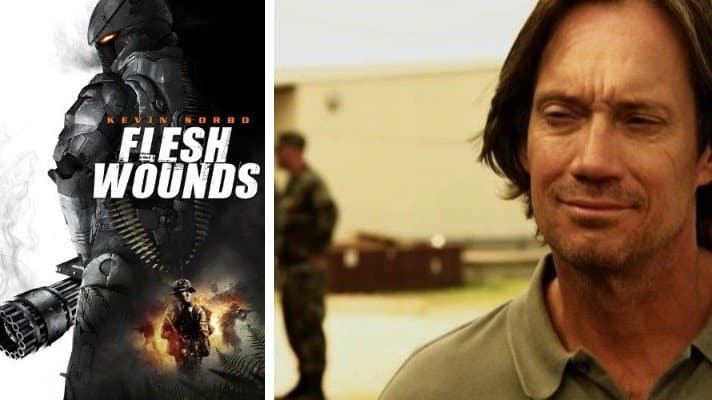 This diversity action arises out of a film distribution contract executed in October 2009 between plaintiff DMG Holdings, LLC and defendant American World Pictures, Inc. for the movie ‘Flesh Wounds’ starring Kevin Sorbo and two other films.

The agreements specify that AWP was to become DMG’s Worldwide Sales Agent for a territory defined as “Worldwide (excluding the US and Canada).”  The agreements provide that AWP will pay DMG a $25,000 advance for each film, and that AWP will advance an “unallocated flat marketing expense fee” capped at $60,000 for purposes of advertising, publicity, and promotion. The agreements allocate twenty percent of gross sales to AWP for its sales agent fee. DMG is entitled to the remainder of the gross sales, but only after the advances have been recouped. AWP also agrees to render periodic accounting reports and payments to DMG. Further, the agreements state that DMG has the right to audit every twelve months.

Judgment: The parties have entered into settlement.