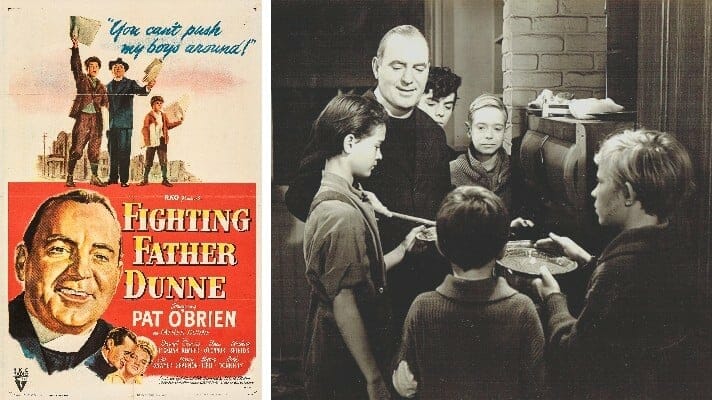 This was an action brought by appellant against appellee to recover damages for distributing and exhibiting an allegedly libelous motion picture.

It was alleged in plaintiff’s complaint that the defendant in its course of business filmed, produced and exhibited a motion picture entitled “Fighting Father Dunne,” which it is still distributing and exhibiting throughout the United States and Canada, including the State of Missouri and the City of St. Louis; that the picture and the theme of the story depicted is based on the founding and maintenance of a newsboys’ home in the City of St. Louis, Missouri, by one Peter J. Dunne, a Catholic priest, and the scenes and locations are portrayed in the City of St. Louis; that plaintiff, usually known as Matt Davis, on or about December 29, 1906, when he was thirteen years of age and a newsboy in St. Louis, became a resident of the Father Dunne’s Newsboys’ Home, where he remained until about December 19, 1910, which was during the time portrayed in the picture; that while plaintiff was a resident in said home he presented no serious behavior problems and never violated the law; that in the story and the picture “Fighting Father Dunne”, one of the chief characters, is a boy known as Matt Davis, about thirteen years of age, an inmate of the Father Dunne’s Newsboys’ Home; that this boy is depicted as a juvenile delinquent, guilty of the commission of the crimes of malicious destruction of property; larceny, burglary and finally the murder of a police officer; that due to the fact that plaintiff did reside in Father Dunne’s Newsboys’ Home at the time portrayed in the picture persons viewing and hearing the picture reasonably recognized and identified the character “Matt Davis” as representing and portraying plaintiff; that such portrayal was without the knowledge, consent or acquiescence of plaintiff; that defendant knew or by the exercise of reasonable care should have known that the plaintiff had resided in Father Dunne’s Newsboys’ Home when he was a boy between thirteen and fifteen years of age and at the time portrayed in said picture, but defendant in reckless disregard of the rights of plaintiff produced, distributed and exhibited the picture, falsely charging him with the crimes mentioned, whereas plaintiff has never been guilty of the commission of any crime. It was then charged that the acts of defendant in producing and exhibiting said picture were libelous and malicious, subjecting plaintiff to public notoriety, contempt and ridicule and depriving him of the benefits of public confidence and social stability. There were other allegations with reference to plaintiff’s damages which were alleged to be in the sum of $50,000.00, and he asked punitive damages in the sum of $250,000.00.

Judgment: The case was tried to a jury resulting in a general verdict in favor of the defendant.