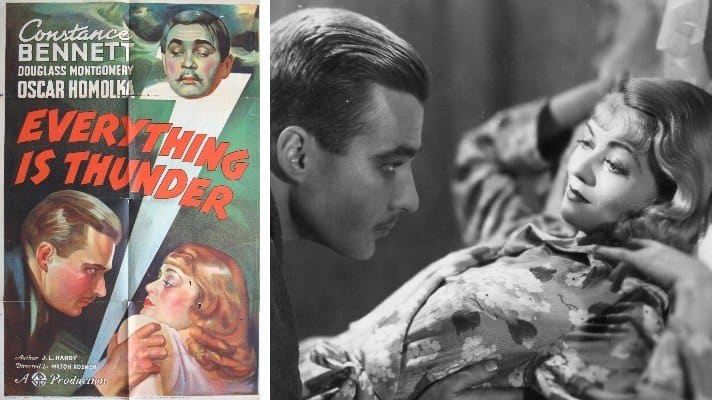 Plaintiff Constance Bennett entered into a contract with Gaumont whereby she agreed to render services as a motion picture actress in the production by respondent of two photoplays entitled “Everything is Thunder” and “The Hawk,” each picture to be produced in London, England, to be completed within a reasonable time following the starting date, and neither to require appellant’s services for a period of more than eight weeks. For such services appellant was to receive from respondent “10% of the U.S. A. gross distribution receipts from the distribution of said two motion pictures … and as a guaranteed advance for each production on account of such percentage $30,000 in cash, … also … the additional sum of $5,000 on each picture … which sum, however, is not an advance and is not to be recouped … from the percentage due (appellant) from gross receipts of distribution.”

The first picture “Everything is Thunder” was produced and completed, appellant receiving on account thereof the $30,000 guaranteed advance and the additional sum of $5,000 provided by said contract.

The second film was never made and Constance Bennett sued for breach of contract.

Everything Is Thunder lawsuit