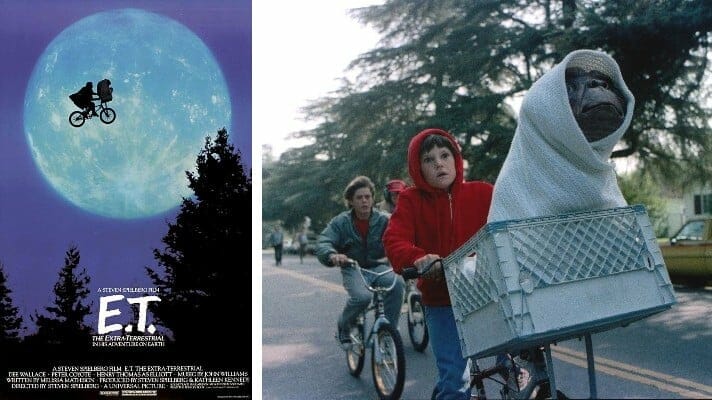 Litchfield sued for copyright infringement, unfair competition, and various state claims, alleging that E.T. the Extra-Terrestrial was copied from her play Lokey from Maldemar.

Judgment: In favor of Defendants.  No reasonable jury could conclude that Lokey and E.T. were substantially similar in their ideas and expression.

Plaintiffs-appellees Universal City Studios, Inc. and its merchandising licensee, Merchandising Corporation of America, Inc., hold rights in the well-known movie “E.T. — The Extra-Terrestrial.” While E.T. has been delighting movie audiences throughout the country, plaintiffs have been enforcing their rights to prohibit the sale of counterfeit and unlicensed E.T. merchandise. Toward that end they brought suit in the District Court against defendants N.Y. Broadway International Corp. and Greaton International, Inc. and two other companies for unauthorized sale of jewelry and various novelty items bearing the name and likeness of E.T. Appellant Lee is president of N.Y. Broadway, and appellant Wu is president of Greaton.

Judgment:The District Court for the Southern District of New York held appellants Chong In Lee and Bendar Wu in criminal contempt and sentenced them to unconditional terms of thirty days’ imprisonment.

United States Court of Appeals, Second Circuit reversed the decision: Because the proceedings were initiated and conducted as civil contempt proceedings, the criminal contempt punishments were improperly imposed and must be set aside.

Kamar had a legal license to manufacture and sell soft sculpture dolls in the likeness of the character “E.T.”.  Kamar currently has sold or has received orders for millions of Kamar E.T. dolls worth over $30,000,000.  Defendants are manufacturing, importing, selling, advertising, distributing, marketing, promoting, displaying and offering for sale molded-plastic dolls and soft sculpture dolls under the marketing labels “The Visitor from Outer Space” or “The Creature from Outer Space”. The defendants’ dolls were designed and manufactured after the motion picture “E.T. The Extra-Terrestrial.”

Judgment:IT IS HEREBY ORDERED, ADJUDGED AND DECREED that defendants J.A.R. Sales, Inc., Jerry Berger, I.C.I. Company and Toysellers, Inc. are restrained and enjoined during the pendency of this matter from manufacturing, selling, advertising, distributing, marketing, promoting, licensing, displaying, importing, exporting, transporting through interstate commerce, or offering for sale any toys (including without limitation stuffed dolls, molded dolls or other merchandise) bearing the name “E.T.” or “I.T.”, or bearing or in the likeness of any of the characters in the motion picture “E.T.” The Extra-Terrestrial”; including but not be limited to that motion picture and those items resembling or made according to the motion picture and designs registered with the U.S. Copyright Office. IT IS FURTHER ORDERED that a bond in the amount of $100,000.00 be filed by plaintiffs herein as security for issuance of this Preliminary Injunction.