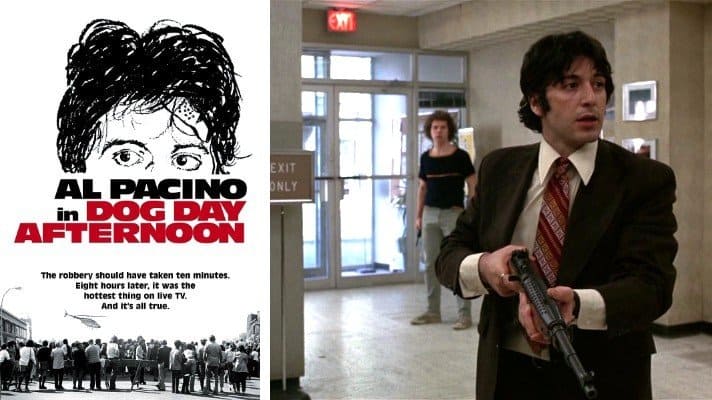 This action had its genesis in the bizarre events which took place at a Brooklyn bank on August 22, 1972. On that date John Wojtowicz and Sal Naturile attempted, unsuccessfully, to rob a branch of the Chase Manhattan Bank. They became trapped in the bank with eight hostages when the bank was surrounded by the police. The events which unfolded for the next several hours were the subject of live television coverage.  This event was then dramatized into Sidney Lumet’s film ‘Dog Day Afternoon’ starring Al Pacino.

Plaintiff in this case is the wife of Wojtowicz.  In the movie the wife is depicted as a rather loquacious and unpleasant person and it could be implied from the movie that she was, at least in part, the cause of her husband’s problems.  She sues Warner Bros and the other defendants for invasion of right to privacy.

In this action, plaintiff George Heath has pursued for more than 30 years, his rights lo a portion of the royalties from the film “Dog Day Afternoon,” based on funds due and owing to the late defendant John S. Wojtowiez, who committed the bank robbery that was the subject of the film.

Judgment: ORDERED, ADJUDGED AND DECLARED that plaintiff George Heath is entitled to 16 2/3% royalties that, would have been due to John S. Wojtowicz, accruing on and after February 27, 2007 and continuing thereafter into the future, together with statutory interest al the rate of 9% on the amount past due from February 27, 2007 up through the date this decision and order is entered.