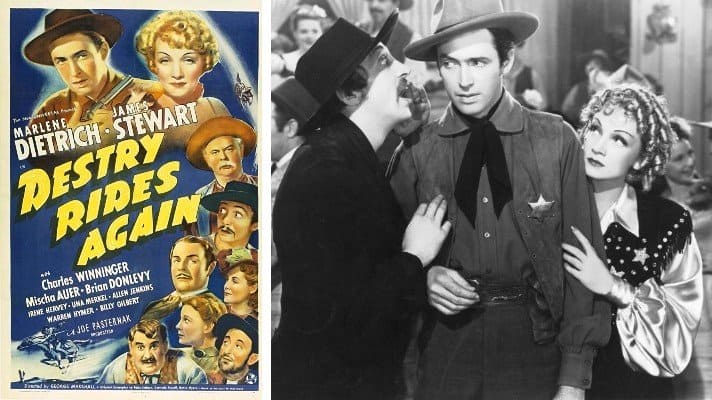 Frederick Faust, writing under the pseudonym Max Brand, was the author and copyright owner of a work entitled “Destry Rides Again,” published originally in 1930. In August, 1931 Faust assigned the motion picture rights in the work to Universal Pictures Corporation for $1,650.

In 1944, Faust died and by his will he named Dorothy Faust, his wife, as sole legatee, devisee and beneficiary, and by order of the California Superior Court she was named sole distributee of his property.  In 1951, the copyright still being in force, Dorothy Faust, by irrevocable instrument of trust, granted to County National Bank and Trust Company of Santa Barbara as trustee all her right, title and interest in and to all copyrights on the works of her late husband. The income from the trust was to be paid half to Mrs. Faust; the remaining half to be equally divided among the three Faust children, who are the plaintiffs in this action.

In 1957 Universal renewed the copyrights with the Copyright Office in the names of Dorothy Faust and the three plaintiffs, as it is conceded Universal had the right to do, and then requested from Mrs. Faust and the children an assignment of their now matured rights to the renewal. Correspondence ensued as to whether the widow and children, as a class, had agreed to transfer (a) all their right in the work, or (b) sole and exclusive motion picture rights to the work. It was not, however, until over a month after Mrs. Faust died, and in May, 1960, that it was first asserted on behalf of the children that the trust involved only Mrs. Faust’s interest. This litigation ensued.

Judgment: In favor of defendant Universal.