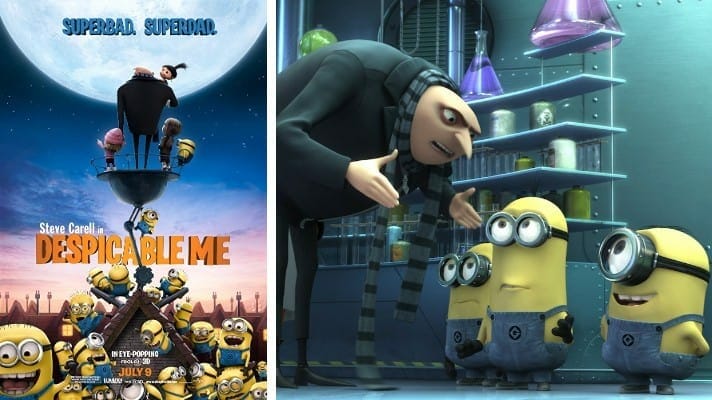 Esch is a “professional heavyweight boxer, kick boxer, and mixed martial artist (‘MMA’).” The complaint alleges that Esch “is known famously throughout the world as ‘Butterbean.’ He is 5’11” tall and weighs over four hundred pounds. Esch’s physical appearance is characterized by a bald head and a round body, and when he appears in fights he wears “American flag-like trunks” and uses “Sweet Home Alabama” by Lynyrd Skynyrd as his theme song.

Esch claims that the Despicable Me “trailer, among other things, prominently includes an animated character that, to a reasonable person, appears to be based on Butterbean and/or his likeness,” and that this use “was likely done for commercial reasons to promote future ticket sales of Despicable Me.”  Additionally, Esch alleges that the use of his likeness was done without his permission and that this use has injured him and invaded his privacy. The trailer itself depicts the arrival of several American tourists at the Egyptian Pyramids. The character in question appears to be the father of a little boy in the trailer.  He is wearing white shorts with red stripes and a blue tank top. He is overweight and wearing a cowboy hat. The song Sweet Home Alabama plays for a few seconds when the tour bus arrives at the Pyramids.

Judgment: The court finds that the defendants’ motion to dismiss and motion to strike are granted.

Judgment: Plaintiff’s complaint is DISMISSED with prejudice and without leave to amend.

Despicable Me and happy death day