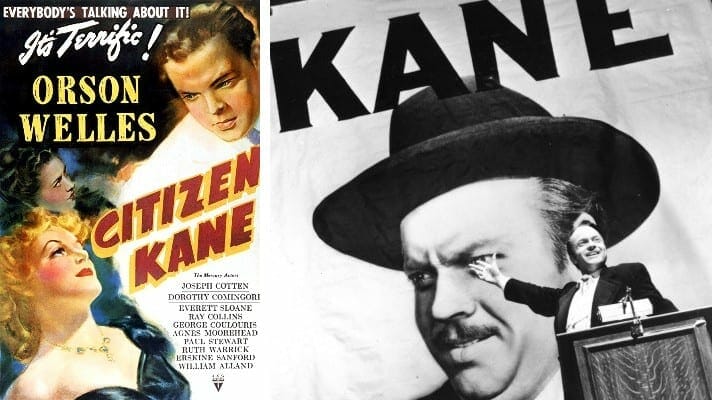 Plaintiff here seeks damages from defendants in the sum of $250,000 for the latters’ alleged infringement of the former’s copyright of the book entitled “Imperial Hearst” in the production and distribution of a motion picture that was called “Citizen Kane”.
Citizen Kane lawsuit3

In 1988, Welles requested a duplicate Oscar from the Academy, stating in a letter to the defendant that her father “lost [the original Oscar] and others many years ago through his extensive travelling . . . .”  The Academy provided her with a duplicate.

On June 16, 2003, Welles filed a complaint against the Academy seeking rescission and a judicial declaration as to the parties’ rights and obligations under the receipt.  On July 7, 2003, the defendant filed its answer and counterclaim against the plaintiff, alleging breach of contract, declaratory relief, and breach of equitable servitude.

Judgment: In light of the foregoing considerations, the Court

(1) grants summary judgment to Welles on her claim for declaratory judgment,

(2) denies summary judgment to Welles on her claim for rescission,

(3) grants summary judgment to Welles on the Academy’s counterclaims, and

(4) denies summary judgment to the Academy on its counterclaims.

Beatrice Welles, the daughter of screenwriter, filmmaker, and actor Orson Welles, filed suit against Turner Entertainment Co., Entertainment Acquisition Co., and other persons not parties to this appeal, seeking a declaratory judgment that Beatrice Welles owns the copyright and home video rights to the motion picture Citizen Kane and seeking an accounting of the royalties she alleges she is owed from the profits of the motion picture.

Judgment: We vacate the district court’s summary judgment on Beatrice Welles’s claim for profit participation and remand the claim for further proceedings. Each party shall bear its own costs on appeal.