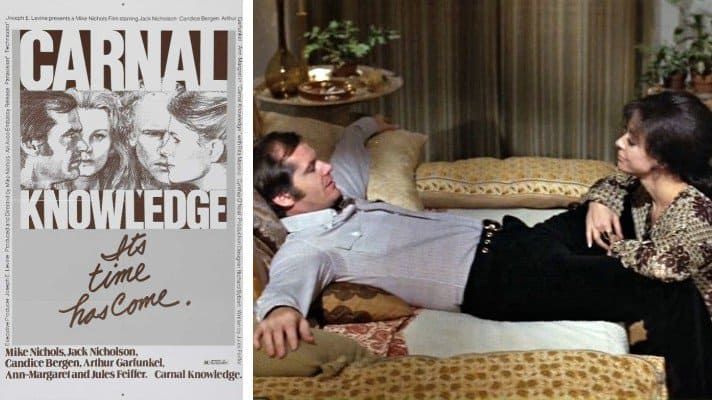 Appellant was convicted in Georgia of the crime of distributing obscene material. His conviction, in March 1972, was for showing Mike Nichols’ film “Carnal Knowledge” in a movie theater in Albany, Georgia.

Appellant was the manager of the theater in which “Carnal Knowledge” was being shown. While he was exhibiting the film on January 13, 1972, local law enforcement officers seized it pursuant to a search warrant. Appellant was later charged by accusation, with the offense of distributing obscene material.  After his trial in the Superior Court of Dougherty County, the jury, having seen the film and heard testimony, returned a general verdict of guilty on March 23, 1972.  Appellant was fined $750 and sentenced to 12 months’ probation. He appealed to the Supreme Court of Georgia, which by a divided vote affirmed the judgment of conviction on July 2, 1973.  The court stated that that the First Amendment does not protect the commercial exhibition of “hard core” pornography.  Plaintiff appeals.

Judgment: Appellant’s showing of the film “Carnal Knowledge” is simply not the “public portrayal of hard core sexual conduct for its own sake, and for the ensuing commercial gain” which we said was punishable in Miller. Id., at 35. We hold that the film could not, as a matter of constitutional law, be found to depict sexual conduct in a patently offensive way, and that it is therefore not outside the protection of the First and Fourteenth Amendments because it is obscene. No other basis appearing in the record upon which the judgment of conviction can be sustained, we reverse the judgment of the Supreme Court of Georgia.