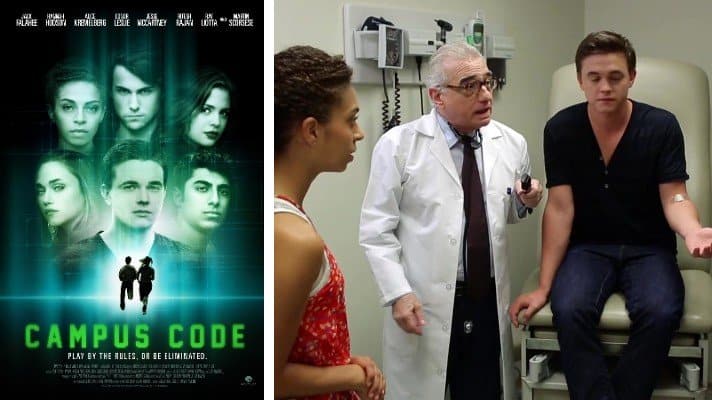 This case arises out of a contract in which defendant allegedly agreed to co-produce a motion picture in exchange for a share of the profits and a $5,000 flat fee. Production of the film, titled “Campus Life” [aka. ‘Campus Code’] began in January 9, 2012, soon after Campus Life Productions was incorporated. Despite initial optimism about the project, the parties’ relationship quickly began to sour.

Plaintiffs allege that defendant Scorsese made numerous promises to help in the production of the film but that she never followed through on her commitments. She allegedly offered plaintiffs free studio space and free equipment needed to shoot various scenes in the film but later reneged on her promises.  She also told plaintiffs that several people would work for free but later demanded that they be compensated for their contributions.  In one instance, plaintiffs allege that defendant advised several employees to withhold promotional photos and behind-the-scenes footage until they received compensation, despite their initial promise to work without pay.

The complaint also alleges that defendant Scorsese repeatedly and purposefully disrupted the project for her personal gain. The complaint alleges that defendant Scorsese threatened several employees and continually disagreed with the other directors and producers as to how the film should be shot and who should play certain roles.  When her demands were not met, defendant allegedly coerced the cast and crew to “walk off the production with Scorsese,” and “began to rally crew members against Campus Life and JumpView, disturbing the production.”

Despite her actions, Scorsese insisted that she was entitled to 25% of JumpView, a demand to which plaintiffs allegedly never agreed. In response to plaintiffs’ refusal to split the company, defendant Scorsese allegedly told the cast and crew that they would not be paid for their services, causing further delays. Although they do not elaborate on the details, plaintiffs allege that defendant convinced Ray Liotta, Jesse McCartney, and her father, Martin Scorsese, not to promote the film, thereby ensuring its failure as a commercially-viable enterprise.

Judgment: ORDERED that defendant’s Motion to Dismiss or, Alternatively, for Transfer of Venue, is GRANTED IN PART and DENIED IN PART. It is GRANTED insofar as defendant seeks dismissal on personal jurisdiction grounds but DENIED insofar as defendant seeks to have the matter transferred to a different venue. Furthermore, the motion is DENIED insofar as it seeks dismissal under the First Filed Rule. The clerk of court is directed to CLOSE this case.