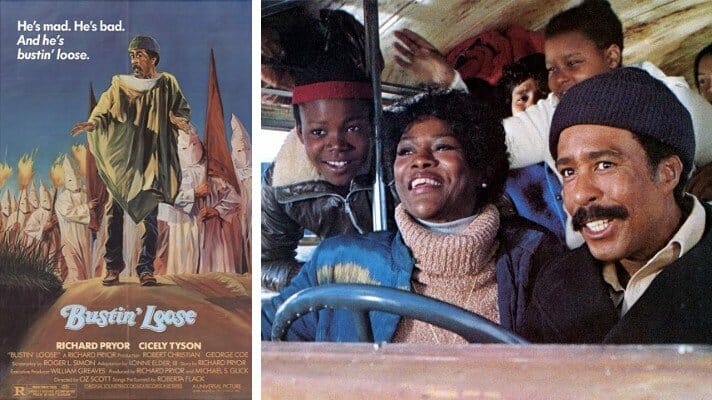 This is an action for copyright infringement and fraud brought by the author of a 1977 screenplay entitled “Easy Money” against the producers of the movie, “Bustin’ Loose.”

“Bustin’ Loose” starred Richard Pryor and plaintiff contends his screenplay was written with Pryor in mind. The complaint sets forth a number of alleged similarities: in subject matter, being the story of a black neer-do-well who transports a moralistic black woman and a brood of children from one place to another in a vehicle; and specific expression, such as the use in both “Bustin’ Loose” and “Easy Money” of a peaceful interlude by a lake to bring the man and woman closer together, the presence in both works of a conflict pitting the man and woman against a pair of criminals in which the woman saves the man from danger by destroying the valuable object sought by the criminals, and the fact that both works end with the man, woman and children starting a new life together in a rural setting.

Judgment: 1. Defendants’ motion for summary judgment on the copyright claim is granted both as to plaintiff’s First Amended Complaint and as to the proposed Second Amended Complaint; 2. Plaintiff’s claim for fraud is dismissed without prejudice for want of jurisdiction; 3. Defendants are entitled to recover their costs in this action from plaintiff in an amount to be determined by the Clerk upon application by defendants; 4. Defendants shall prepare an appropriate judgment, including the amount of costs to be awarded, if any.