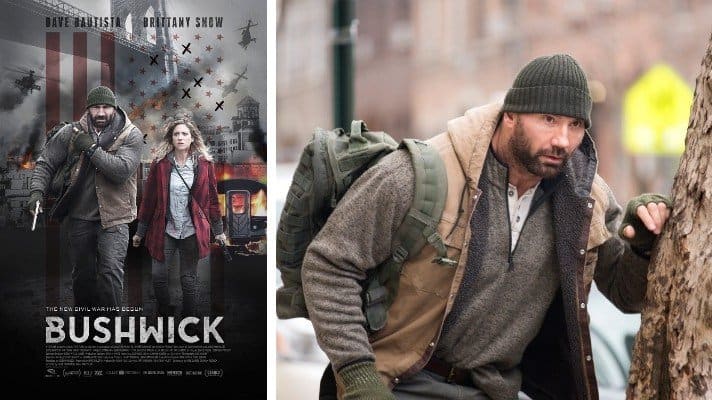 Blaney is an internationally-known “indigenous activist,” actress, and singer-songwriter.  LMNOPI is an artist and activist nationally recognized for producing works that evince her commitment to human rights and social justice.  One such work, a mural on a building located at the intersection of Wycoff and Starr Streets in Bushwick, Brooklyn depicts Blaney.  LMNOPI’s “tag,” or artistic signature, is affixed to the bottom of the Mural. In March 2017, LMNOPI obtained a certificate of copyright for the Mural.

In January 2018, Plaintiffs discovered that the Mural had appeared, without their permission, in the film “Bushwick”, produced by Defendant XYZ Films.  The Film premiered at the Sundance Film Festival in January 2017, was released in theaters in August 2017, and was later distributed for streaming by Defendants Netflix, Amazon, and Google.

Plaintiffs allege that the Mural appears for three-and-a-half seconds in the opening scene of the Film, in a full-screen shot, in perfect focus and unobstructed to the viewer.  Plaintiffs further allege that the Mural “appears to have been intentionally selected for the opening sequence of the [Film] because it is one of the oldest, most well-recognized graffiti murals in Bushwick and visually locates the viewer at the Jefferson Street subway station in Bushwick.”

Judgment: Defendants’ motion to dismiss Plaintiffs’ complaint for failure to state a claim is GRANTED. Accordingly, Plaintiff’s complaint is dismissed in its entirety.