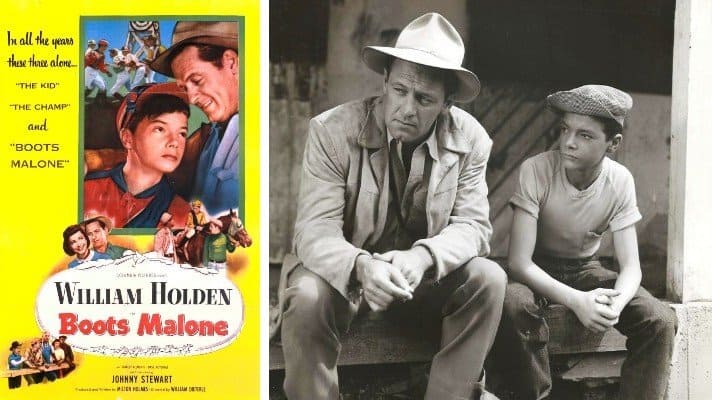 The plaintiff has filed a complaint in two counts. In Count I he seeks to recover damages for breach of a contract to which he claims to be a third party beneficiary. In Count II he seeks recovery on an oral contract between the defendant and himself.

Plaintiff Holmes was the author of a screenplay which was originally entitled “Sure Thing” and ultimately entitled “Boots Malone”. On November 15, 1950, Holmes entered into a written sale-employment agreement with Sidney Buchman Enterprises, Inc., for the transfer from Holmes to Enterprises of certain rights to the story and screenplay, “Boots Malone”, for a fixed compensation of $100,000 to Holmes and an additional contingent compensation of 15% (subsequently increased to 28¾%) of “total net profits”, as defined in the agreement, from the distribution and exploitation of motion pictures based on the story and screenplay. Holmes agreed, in said agreement, to complete the screenplay and to render services as producer of a single motion picture to be based on the story and screenplay for no compensation.

On November 16, 1950 (one day following the Holmes-Enterprises agreement), the defendant, Columbia, and Enterprises entered into a written agreement for the production of a single motion picture by Enterprises, based on the screenplay, “Boots Malone”, and for the distribution of the motion picture by Columbia. Columbia agreed to “use our best efforts consistent with good business policy in distributing and exploiting and causing the distribution and/or exploitation of the picture” in a manner generally comparable with the manner in which defendant distributes other motion pictures of the same general class and quality.

The plaintiff asserts that the picture was produced by Enterprises in compliance with the terms of the agreement between Enterprises and Columbia, but that Columbia has failed to use its best efforts to distribute the picture in a manner generally comparable with the manner in which Columbia distributes other pictures of the same class and quality; that defendant’s failure to distribute the picture in the agreed manner has caused damage to plaintiff in that he has not received the anticipated compensation pursuant to the agreement between plaintiff and Enterprises providing for the payment to plaintiff of a percentage of the “total net profits” realized from the distribution of the picture.

Judgment: The plaintiff, not being a party to the contract in question and not being a third party beneficiary within the purview of Civil Code section 1559, may not recover under the first count of his complaint.  A trial is necessary for Count II of the complaint.