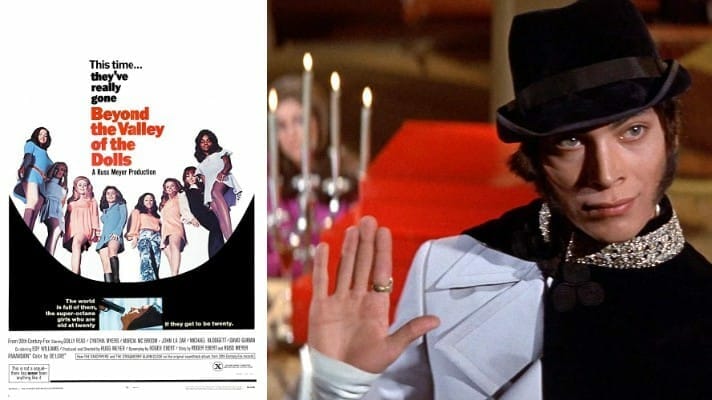 On February 3, 1969, Harbor issued to Fox a three-year, $1 million maximum (including defense costs), errors and omissions, blanket producers liability insurance policy covering, among other things, claims against the insured by reason of unfair competition. The policy provided that Harbor would have the right to take over and defend in the name of Fox any claim or legal proceeding which, in the judgment of Harbor, might ultimately involve it in liability under the policy and that Harbor would have the right to dispose of any claim or legal proceeding at its sole discretion. This policy remained in effect from February 3, 1969, until February 3, 1972.

On or about April 24, 1970, a civil action, numbered 975612 and entitled Sujac Productions, Ltd. v. Twentieth Century-Fox Film Corporation, was filed in the Los Angeles County Superior Court in which it was alleged, among other things, that Fox was liable for unfair competition and in which compensatory damages of $8 million and punitive damages of $2 million were sought. The alleged unfair competition lay in the production and release thereafter of a feature motion picture entitled “Beyond the Valley of the Dolls,” which was not a sequel or an adaption of the best selling book “Valley of the Dolls” and was not based thereon as allegedly required by the 1965 and 1968 agreements between Sujac and Fox.

Fox immediately notified Harbor of the Sujac action and caused to be delivered to Harbor two copies of the summons and complaint therein. Harbor thereupon took charge of, controlled, and paid generally for the defense of the action. It authorized the law firm of Musick, Peeler & Garrett to defend Fox therein, which the Musick firm thereafter did.

In 1970, 1972, and 1973 Sujac offered various settlements of the litigation within the policy’s limit of $1 million, but Harbor refused them all. At the mandatory settlement conference on May 1, 1975, Sujac, through its trial counsel, offered to settle the case for $500,000 or $550,000, but Fox replied, through its trial counsel, that it was not authorized to offer more than $85,000. At this conference counsel for Sujac emphasized that their primary claim was unfair competition in Fox’s alleged unlawful use of the title, “Beyond the Valley of the Dolls.” Counsel for Fox took the position that under Fox’s aforementioned 1968 agreement with Sujac, Fox was authorized to use the title. Counsel for Sujac indicated that they would introduce evidence of Fox’s profits on this motion picture as a measure of Sujac’s damages resulting from Fox’s unfair competition. A representative of Harbor attended this conference. The judge presiding at the conference placed the settlement value of this case at $125,000.

By letter dated May 8, 1975, Sujac, through its trial counsel, raised its settlement offer to $775,000. Such counsel explained in the letter that this demand represented less than 50 percent of Fox’s exposure which he calculated at $1.6 million aside from punitive damages. Fox did not reply to this letter.

On June 19, 1975, trial of the case commenced. During the trial all causes of action except those involving unfair competition were dropped and the prayer of Sujac’s complaint was consequently reduced to $4.4 million. After the case had been assigned a courtroom, trial counsel for both parties essentially reexchanged their settlement offers of May 1, 1975.

Upon the return of Fox’s trial counsel to their office on that same day, July 23, 1975, lead counsel telephoned Harbor’s claims manager. He told the claims manager that the case was going badly in view of the just-stated ruling on Fox’s contract defense and the court’s prior indication that Sujac would be able to introduce in evidence Fox’s profits on the picture as evidence of damages. He then relayed Sujac’s $775,000 settlement offer and explained that Sujac’s trial counsel had indicated that this figure was premised upon 50 percent of Sujac’s anticipated recovery and therefore Fox’s lead counsel assumed that his adversary was looking at profits in excess of $1 1/2 million. Fox’s lead counsel also told Harbor’s claims manager at this time that Sujac was also seeking in damages the $2,199,000 distribution fee, $440,000 in alleged loss of sales of a paperback book to be based on the treatment sequel submitted to Fox, and $220,000 for alleged loss of sales of the book “The Love Machine.” Harbor’s claims manager replied that the case was in the hands of the reinsurer and that the matter would be submitted to it. The next day Fox’s counsel reported to his adversary that he was unable to get an answer from the insurer.

Harbor refused to make Fox whole for the expenses it had incurred as a result of the Sujac action and on February 25, 1976, Fox sued Harbor for, among other things, such expenses and related relief, including attorneys’ fees incurred in compromising the aforementioned judgment and for prosecution of the instant litigation.

Judgment: The judgment is modified by reducing the attorneys’ fees awarded therein from $47,780 to $2,780. As so modified, it is affirmed. Each party to this appeal shall bear its costs on appeal.

Beyond the Valley of the Dolls lawsuit