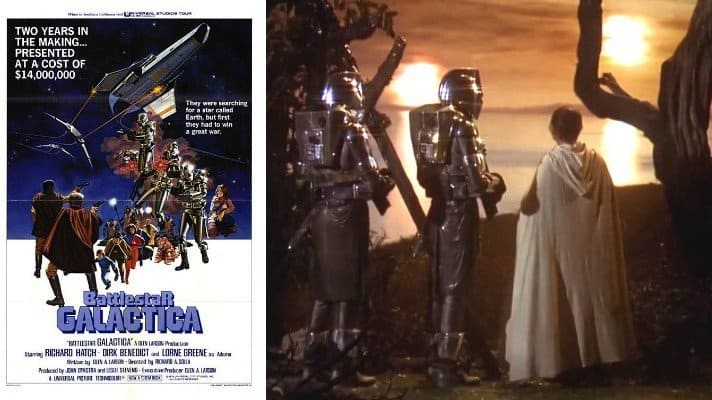 Appellants claim that their copyrighted production of the book and motion picture “Star Wars” was infringed by appellees’ production of “Battlestar: Galactica.”

In 1977, Twentieth Century-Fox produced and distributed the motion picture “Star Wars.” The commercial success of that venture did not go unnoticed. The following year “Battlestar: Galactica” was released as both a motion picture and television series. Universal Studios, Inc., a subsidiary of MCA, Inc., produced and owned the rights to Battlestar, and ABC televised the Battlestar space saga.

After viewing the Star Wars and Battlestar motion pictures, we conclude that the films do in fact raise genuine issues of material fact as to whether only the Star Wars idea or the expression of that idea was copied. At a minimum, it is a close enough question that it should be resolved by way of a trial.