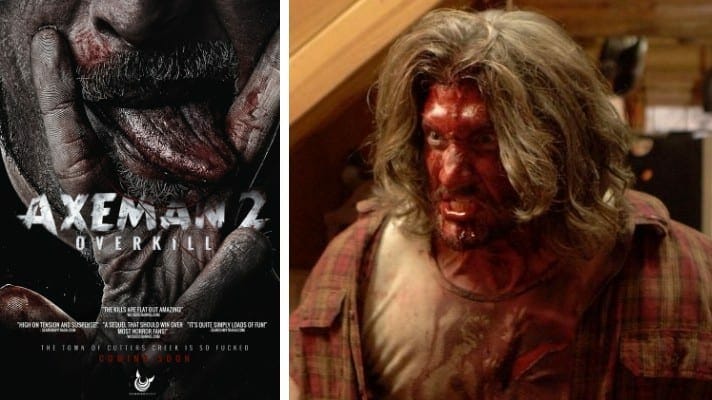 This case is about Plaintiff’s claim for copyright infringement and for declaratory judgment relief of ownership of the copyright to the work AXEMAN II: OVERKILL.

Plaintiff Joston Theney solely directed, edited and produced the motion picture Axeman II: Overkill. Defendant Otiko is a podiatrist who desires to be in the movie business and invested approximately $52,000 dollars in the film, Axeman II: Overkill.

Defendant Otiko and Mr. Theney worked together in an effort to market Axeman II: Overkill and release it to the public so that Defendant Otiko could recoup his investment, and then split the remaining profits 50/50.

Mr. Theney repeatedly told Defendant Otiko that he did not want to enter into a “distribution” type contract with any third party, but rather, wanted to control how much was received for licensing the film to any third party, therefore Mr. Theney gave Defendants BRF and Otiko the right to “negotiate and sign [any] Sales Agency Representation contracts for any sales agent and contract that both” Defendant Otiko and Mr. Theney agreed to.

Mr. Theney located Defendant ImageWorks Entertainment, International, Inc., and Mr. Theney and Mr. Otiko then began negotiations for sales agency agreement. Mr. Theney made clear to ImageWorks that he was not going to agree to a distribution agreement, but desired a sales agency agreement.  Without Mr. Theney’s knowledge or approval, and prior to the completion of the Work at issue in this suit, on October 30, 2014, Defendants Otiko and BRF executed the agreement with ImageWorks by claiming that BRF was the “Producer” and falsely claiming that BRF owns all right, title, and interest, including copyright in and to, the Work at issue.

Judgment: The Parties have agreed to settle this case for the sum of $44,494 to be paid over time. The Parties agree that Defendants Christopher Otiko and Coast to Coast Podiatry, Inc. d/b/a Blood Red Films is hereby PERMANENTLY ENJOINED from directly, contributorily or indirectly infringing Plaintiffs rights in the scripts, screenplays and/or motion pictures, including without limitation by using the internet to reproduce or copy any Axeman motion pictures, to distribute any Axeman branded motion pictures, or to make Axeman branded motion pictures available for distribution to the public. Each Party shall bear their own attorneys fees and costs. Pursuant to the Settlement Agreement, this case is dismissed with prejudice.