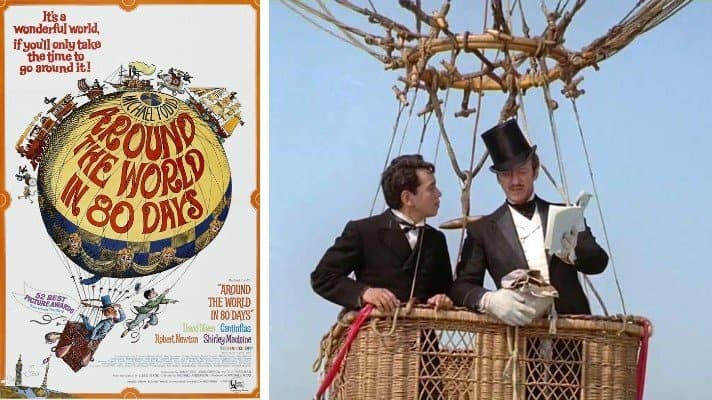 The plaintiff, a professional writer of screen plays and scripts for motion pictures, seeks a preliminary injunction to enjoin the exhibition of a motion picture entitled “Around the World in 80 Days” based upon the novel by Jules Verne, unless the defendants give him screen play writing credit.

One S. J. Perelman is given sole credit on the film, which currently is being exhibited in various cities throughout the country. The plaintiff contends the screen play is based upon a script prepared by him and that in accordance with a well-established and recognized practice in the motion picture industry he is entitled to credit on the film as well as on all promotional advertising.

That the plaintiff was engaged to and did write some portion of the screen play cannot be seriously disputed. Indeed, the corporate defendant in its answer admits that in May, 1955 it engaged the plaintiff to render services in connection with the screen play at a fixed salary for ten weeks. Plaintiff contends he completed the script in collaboration with the defendant’s director-producer, one Farrow, on June 29, 1955. What is in dispute is the portion of the plaintiff’s script which went into the final play. Subsequent to June 29, 1955 the defendants engaged S. J. Perelman who made revisions in the dialogue and changes in the script previously prepared by the plaintiff—this the plaintiff concedes, but claims that they were only incidental revisions and additions which did not change the basic structure of his script.

The defendants say they gave and are giving Perelman sole screen credit because he, of all the script writers, made the substantial and major contribution to the ultimate screen play; that it was his changes of dialogue, revisions, eliminations and writing of new scenes which in large measure resulted in the ultimate success of the picture, the concept of which the individual defendant claims credit, as well as credit for important contributions to the script proper. Thus immediately there is a challenge to the plaintiff’s contention of a major contribution to the picture.

Judgment: It is clear that irreparable injury would follow the failure to give Plaintiff screen credit if in fact he is entitled to it.  Settle order on notice.  [S.J. Perelman was given credit]

Around the World in 80 Days lawsuit