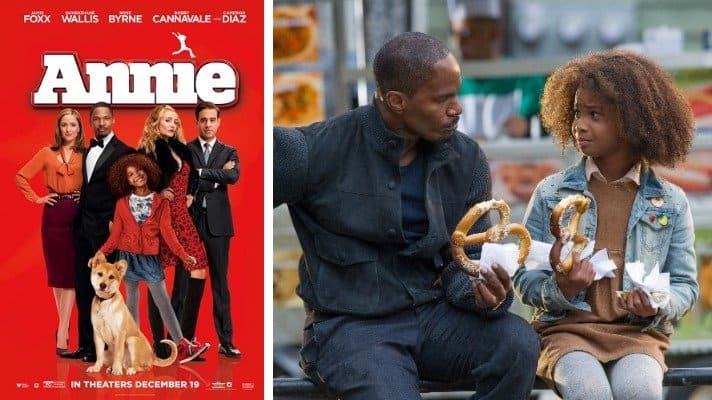 On or about November 26, 2013 while plaintiff was in the course of her employment on the set of “Annie” the movie, she was injured by a defective, dangerous, broken, unsuitable, A-Frame ladder with a broken, defective, dangerous wheel which toppled upon her causing serious permanent injury to her person.

That at all time hereinafter mentioned, the defendants, its officers, agents, servants, and/or employees conducted themselves knew of should have known that said “A- Frame ladder’ was in a broken, defective, dangerous condition unsuitable to be used and were careless, reckless and negligent manner in the operation, management, maintenance, supervision, inspection and control of the premises and production of ‘Annie’ the movie in supplying, providing, renting, leasing, authorizing the use of broken, dangerous, defective equipment to be used by set dressers such as plaintiff.

Solely by reason of the accident and negligence of the defendants as aforesaid, plaintiff LEJAUNE JONES became sick, sore, lame and disabled, and so remains suffered, and still suffers great physical and mental pain; sustained severe injuries, was obliged to and did expend and incur large sums of money for medical aid and nursing; and has been informed and believes that certain of her injuries are permanent.

Judgment: IT IS HEREBY STIPULATED AND AGREED, by and between the undersigned, the attorneys of record for all parties to the above-entitled action, that whereas no party hereto is an infant or incompetent person for whom a committee has been appointed and no person not a party has an interest in the subject matter of the action, the above- entitled action be, and the same hereby is discontinued, with prejudice and without costs to either party as against the other.