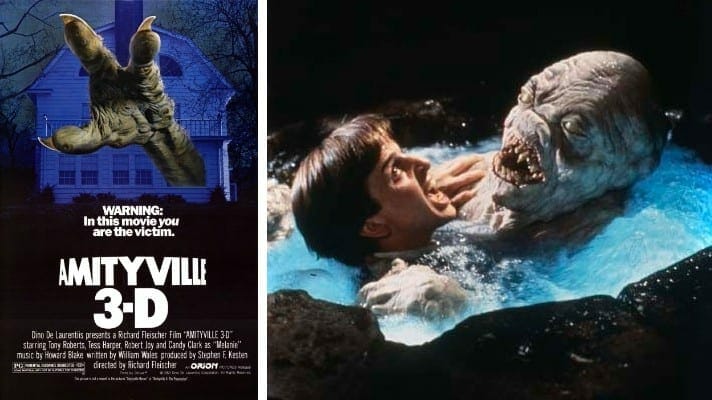 In 1974, one Ronald DeFeo murdered his parents and four siblings in their home in Amityville, New York. In the subsequent criminal prosecution, DeFeo claimed he was “possessed” by demons.

In 1975, plaintiffs George and Kathleen Lutz moved into the DeFeo house with their family and for 28 days allegedly experienced psychic phenomena traditionally associated with a “haunted” house.

After the Lutzes moved out, they hired Jay Anson to write a book, entitled The Amityville Horror, about their experiences in the DeFeo home during these 28 days. The book was a national bestseller, selling over three million copies.

In 1980, the Lutzes contracted with John Jones and Paul Kimatian to write and publish a book about the Lutzes’ experiences after they had moved out of the Amityville house. The Lutzes also granted Jones and Kimatian the option to produce a motion picture about those events. In return, the Lutzes received the right to share in the money generated by the book and movie. Jones and Kimatian thereafter partially assigned those rights to plaintiff Gotham Press Publishing, Inc.

In 1981, the book, The Amityville Horror II, authored by Jones, was published. This book chronicled the events the Lutz family experienced after leaving the house in Amityville. It was a bestseller and was also published in a serialized form in a national magazine with a weekly circulation of four and one-half million copies.

In 1982, defendant Orion Productions, the successor in interest to PFI, released a movie entitled Amityville II: The Possession. This film was produced by defendants Dino De Laurentiis, Dino De Laurentiis Corporation, and Productions, Ltd. The film depicted, in a fictionalized manner, the events which occurred at the house before the Lutzes moved into it. In the film’s promotional advertising in newspapers, on television and radio, and in movie theaters, defendants used the phrase: “The Night of February 5, 1976, George and Kathleen Lutz and their three children fled their home in Amityville, New York. They got out alive! Their living nightmare shocked audiences around the world in `The Amityville Horror.'”

In response to defendants’ release of Amityville II: The Possession, plaintiffs initiated the present action. In order to moot plaintiffs’ request to enjoin distribution of the movie, defendants modified the promotional advertising to eliminate references to the Lutzes and to include the statement: “This film is not a sequel to `The Amityville Horror.'”

In 1983, defendants released another motion picture called Amityville 3-D. Using special effects to give the viewer a three-dimensional perception, this film concerned totally fictitious events set in the Amityville house.

Plaintiffs essentially claim that defendants’ use of the word “Amityville” in each of the films’ titles in conjunction with the designation “II” or “3-D”, supplemented by the reference to the Lutzes in the initial promotional campaign for the first film, misled the public into believing its two movies were the sequels to the Lutzes’ story and so diluted the value of their sequel that their plans to produce it collapsed.

Judgment: Plaintiffs’ right to be free from unfair competition was violated by defendant.  Plaintiffs to recover costs on appeal.