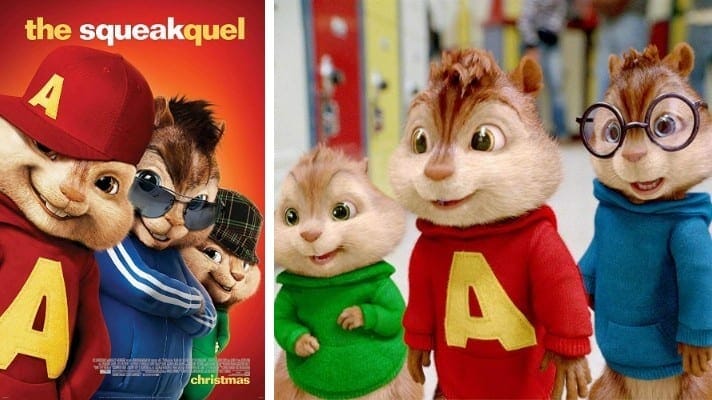 Bagdasarian Productions, a company owned and run by Ross Bagdasarian, Jr. and his Wife Janice Karman is the owner and licensor of the properties known as Alvin and the Chipmunks.

Released in 2007, the first film enjoyed great financial success. Fox then began work on a second film, The Squeakquel. According to the complaint, Fox contacted Plaintiffs and indicated it was searching for a story for The Squeakquel. Karman prepared a thirty-three-page treatment which she pitched to Fox in March 2008. Fox adopted this as a working draft and Karman worked with Fox screenwriters on the treatment over the next several months.

Disappointed with its own writer’s first draft of a screenplay, in October 2008 Fox asked Karman to re-write the screenplay. Fox allegedly offered Karman additional compensation beyond that payable under the Agreement, but Karman rejected the offers as insufficient and the parties never reached an agreement. Nonetheless, the complaint alleges Karman delivered a new screenplay to Fox and worked with Fox writers to revise the working draft. Completed in April 2009, the final version contained many scenes, dialogue, and other expressions contributed by Karman.

Plaintiffs then filed suit alleging: (1) Karman was a co-owner of The Squeakquel screenplay and entitled to an accounting of profits; (2) alternatively, Fox had infringed her copyright in the screenplay; (3) Fox was unjustly enriched by exploitation of Karman’s screenwriting and graphic design services; and (4) Fox breached various contractual obligations to Plaintiffs under the Agreement, pertaining to merchandising rights, compensation for the sequel, approval rights and access to meetings.

Alvin and the Chipmunks The Squeakquel