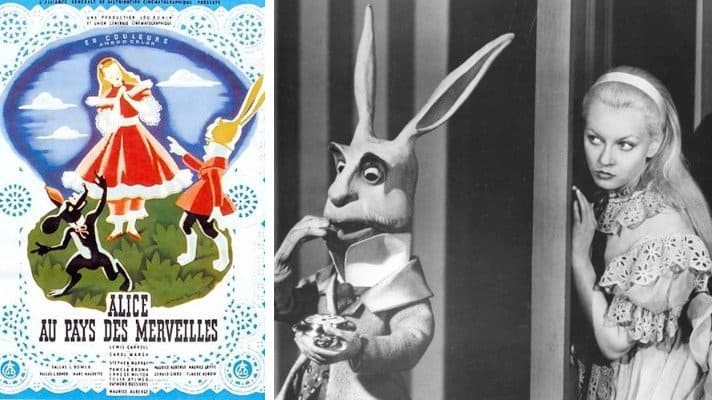 The appellant Walt Disney Productions is the producer and owner and appellant RKO-Radio Pictures, Inc. is the distributor of an animated cartoon picture entitled “Alice in Wonderland,” based on Lewis Carroll’s “Alice in Wonderland” and “Through the Looking Glass,” which was produced in the United States at a cost of approximately $3,000,000. The appellee Souvaine Selective Pictures, Inc. is the distributor of another motion picture called “Alice in Wonderland,” based entirely on Lewis Carroll’s “Alice in Wonderland,” which was produced in France by Lou Bunin Productions, Inc., contemporaneously with the Disney production, at an approximate cost of $1,000,000; its technique is the use of three-dimensional puppets for characters with a live Alice, and a twenty-minute prologue with live actors. Appellee Picto Corporation operates the Mayfair Theatre in New York City and has acquired the right from Souvaine to exhibit Bunin’s “Alice in Wonderland” there. Appellee Brandt operates motion picture theatres in New York City and elsewhere and has acquired the right to exhibit that picture in such theatres.

Shortly before each picture was to be exhibited in New York City, the appellants, alleging unfair competition, sued the appellees in the District Court for the Southern District of New York to enjoin them and those acting for or through them, for a period of eighteen months, from “manufacturing prints, distributing, releasing, advertizing, publicly exhibiting, trading in or licensing or permitting others to do any of the foregoing as regards the motion picture “Alice in Wonderland” produced by Lou Bunin Products, Inc. so long as it bears that title or any adaptation, imitation or modification thereof.” In addition to, and to follow this initial eighteen month period of restraint, a perpetual injunction of the same scope was sought restraining appellees unless all advertizing, exhibition and announcement of the picture were accompanied by a statement that it was “A release of Souvaine Selective Pictures, Inc. produced in France by Lou Bunin Productions, Inc. having no connection with the Walt Disney production of the same title.” There was also a prayer for an injunction pendente lite to the same effect and for damages and an accounting for any gains and profits made by the defendants.

Judgment: Disney’s motion for the injunction is DENIED.