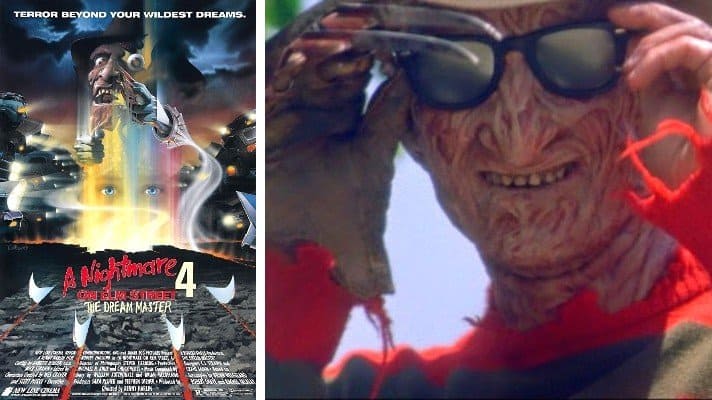 New Line began negotiating with the manager of the “Fat Boys,” a popular rap group.  Meanwhile, in January of 1988, Barry Weiss, vice president of marketing/operations of Jive Records (which is affiliated with Zomba), contacted New Line to discuss the possibility of D.J. Jazzy Jeff and the Fresh Prince (“D.J. Jazzy Jeff”), a popular rap group, doing a video based on the Nightmare series, which would be jointly marketed with the movie.  The music for the proposed video featured a song written by D.J. Jazzy Jeff entitled “A Nightmare on My Street,” which was recorded in the winter of 1987. Weiss sent Michael Harpster, the New Line senior vice-president for marketing, a tape of the song.

In March of 1988, Weiss met with Kevin Benson, New Line’s director of licensing and director of music, to discuss the music video proposal.  Benson orally responded to the proposal by informing Weiss that the proposal was financially unacceptable to New Line.  Weiss indicated that he would not improve the proposal.

On April 5, 1988, Zomba released the album “He’s the DJ, I’m the Rapper,” which contained the song “A Nightmare on My Street.” The album became an immediate hit. Concerned about possible copyright infringement, New Line solicited an opinion of counsel.

Subsequently, New Line finalized the agreement with the Fat Boys. The contract between New Line and the Fat Boys provides that in exchange for authorizing the use of the Nightmare themes and characters, New Line will share in the royalties earned by the Fat Boys’ song and video.

On July 18, 1988, Weiss received a letter from Seth Willinson, senior vice-president of New Line, informing him that New Line believed that “A Nightmare on My Street” infringed New Line’s copyright. Willinson demanded that Zomba cease producing records containing the song and withdraw existing records from the market place.

Judgment: New Line’s motion for a preliminary injunction is granted. Zomba is enjoined from manufacturing, advertising, distributing, selling or releasing for public broadcast, telecast or other exhibition, the music video entitled “A Nightmare on My Street,” performed by D.J. Jazzy Jeff.