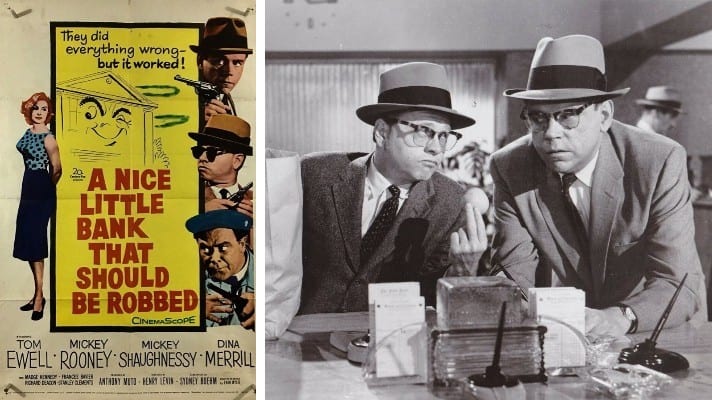 Rooney acted in only three pre-1960 movies produced by Fox. The first two were made while Rooney was under exclusive contract to MGM, and Rooney’s services were “loaned” by MGM to Fox. It is not disputed that the assignment of rights provision in MGM 3, quoted above, applied respectively to Rooney and Fox in connection with these films.

The third movie, tentatively titled, “A Nice Little Bank that Should Be Robbed,” was the subject of a January 13, 1958 contract between Fox and Fryman. Fox provided at paragraph 8:

“In addition to the services rendered hereunder, we [Fox] shall be entitled to and own all of the results and proceeds thereof (including, but not limited to, all rights throughout the world, of production, manufacture, recordation and reproduction by any art or method, including television and/or radio broadcasting, and of copyright, trademark and patent) whether such results and proceeds consist of literary, dramatic, musical, motion picture, mechanical or any other form of works, themes, ideas, compositions, creations or products. We shall also acquire under this agreement all of the rights generally known in the field of literary and musical endeavor as the `moral rights of authors’.”
The terms of Fox were expressly consented to in writing by Rooney.